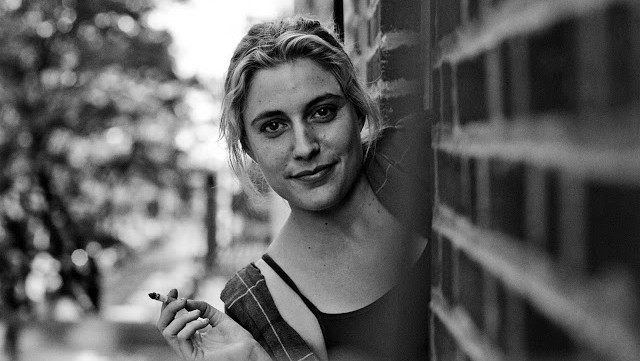 I’ve never read a novel by Jack Kerouac—the only Beat Generation tome I have leafed through is William S. Burroughs’ Naked Lunch—but I imagine the experience is similar to that of watching director Michael Polish’s adaption of the author’s 1962 work, Big Sur. The film is a literal stream of consciousness depiction of the legend’s own word, eight-five percent driven by voiceover narration assumedly being read directly out of the book. This is all backed by a sprawling Explosions in the Sky-lite score from The National and gorgeously composed images of the On the Road scribe’s (non)fictional band of bohemian hedonists and the California environment they inhabit. An ingenious way to bring the story to life, such an experimental visual form’s potential to captivate might leave something to be desired. – Jared M. (full review)

Where to Stream: Cable on Demand, Google Play

Cutie and the Boxer (Zachary Heinzerling)

For first-time filmmaker Zachary Heinzerling, Sundance Film Festival gave him quite a welcome. The helmer picked up the top directing award for his documentary Cutie and the Boxer, not to mention acquisition from The Weinstein Company off-shoot Radius-TWC. After a theatrical release this past summer, the film, which follows Ushio Shinohara and Noriko Shinohara, a couple dedicated to art, is now on VOD. Having been married for forty years, the film dives into their relationship and struggles that come with their craft. – Jordan R.

Mild, existing vestiges of its star’s “mumblecore” origins and its director’s acidic social preening are ultimately rejected in Frances Ha, a film that shows itself to have more kinship with the likes of Woody Allen’s Manhattan. (The black and white cinematography set amidst New York City being a bracingly obvious touchstone.) In its spirit, an alternately loose-limbed and tight-wired current runs through the Noah Baumbach–Greta Gerwig picture, thanks to an inextricable bond between image, script, and performance: the camera casts a patient glance on people in apartments, subways, bars, and restaurants, capturing the casual doling out of personal revelations which, set over a brisk 80-or-so minutes, accumulate into the portrait of human beings that is often painful but, somehow, always an undiluted pleasure. – Nick N. Coming out of Norway and sporting a Foreign Film Oscar nomination, Joachim Rønning and Espen Sandberg‘s Kon-Tiki is a handsomely-made action-adventure film that feels, for the most part, like a relic of Old Hollywood. Featuring beautiful cinematography and simple characters, Kon-Tiki tells the true story of Thor Heyerdahl, the Norwegian explorer and writer who, determined to prove that South Americans had settled in Polynesia, crossed the Pacific Ocean using only a wooden raft. It’s the kind of strange, ambitious, inspirational tale that’s churned out in every dramatic way possible (this particular story has already been a book and a documentary), and, for the most part, it works. A matinee idol like Kirk Douglas, with his blonde hair and slick muscles, would have fit snugly into something like this. – Dan M. (full review)

After crafting a few impressive shorts and getting close to making his first feature a number of times, Ruairi Robinson finally got to debut his first film at Cannes Film Festival earlier this year with Last Days on Mars. The Oscar-nominated director’s story finds Liev Schreiber leading a group of astronaut explorers who succumb one by one to a mysterious and terrifying force while collecting specimens on Mars. We actually saw the film at the festival and weren’t fans, saying it’s a “mish-mash of bad clichés,” but now it’s arrived on VOD ahead of a theatrical release, so one can check it out for themselves – Jordan R. Do not watch the trailer for writer-director Sandra Nettelbeck’s Last Love (formerly Mr. Morgan’s Last Love). For many that shouldn’t be a problem because, like me, they hadn’t known it existed until sitting down to watch, but I implore those who have to go in blind. Between its two-and-a-half minute runtime showing too much information about certain relationship evolutions and ending on one of the few jokey moments that somehow has descriptions putting the word comedy next to its actual genre of drama, you’ll be doing a disservice to its slow burn of love and the inevitable sorrowful pain it oftentimes provides. After all, the film is based on Françoise Dorner’s novel La Douceur Assassine – its translated title The Gentle Murders doesn’t quite conjure thoughts of humor. – Jared M. (full review) We all know the story of President John F. Kennedy‘s assassination: it’s an event that has been ingrained into our culture and, having spawned a myriad of conspiracy theories, remains a hotly contested moment in time that changed the fabric of an entire nation. But what about the people this tragedy affected on a personal level, beyond victim and perpetrator? What about the trauma surgeons and nurses who watched as the president’s heartbeat flat-lined? What about the giddy business owner excitedly filming the motorcade on his lunch break who caught the whole thing on camera? What about those left to bear the Oswald name as pariahs — an entire family whose innocence disappeared the instant the first bullet rang out? Public horror has infinite reach and these people were right there in its wake. Writer-director Peter Landesman looks to get at the heart of this unavoidable emotional impact with his sprawling ensemble drama, Parkland. – Jared M. (full review) A festival hit since it debuted at Cannes last year, The Weinstein Company released The Sapphires in US theaters this past spring to modest success. Coming from Australia, the film follows Bridesmaids and Girls star Chris O’Dowd as he leads a group of woman, Gail (Deborah Mailman), Julie (Jessica Mauboy), Kay (Shari Sebbens) and Cynthia (Miranda Tapsell) to singing fame and into Vietnam during the war. Directed by Wayne Blair, the film is now available for an easy watch on Netflix Instant. – Jordan R.

Miguel Gomes‘s Tabu, one of last year’s true incarnations of movie magic, is an irresistible tailspin into a world that covers everything from an old woman’s gambling addiction to suspected witchcraft to symbolic crocodiles. There is, to be sure, a longingly romantic narrative that unifies all of these things, but the film’s more resonant connective tissue is its heartbreakingly nostalgic, wistfully yearning spirit, which Gomes, working with his usual cinematographer Rui Poças, communicates through pristine black-and-white photography. – Danny K. (full review)

This Is Not a Film (Jafar Panahi)

While most of our knowledge regarding an artist’s struggle comes from behind-the-scenes accounts, this personal documentary from Iranian filmmaker Jafar Panahi brilliantly captures such an internal battle. Forced to stay within the confines of his own home, we witness a transformative look at means of film itself and how the smallest of productions can deliver the most powerful of messages. – Jordan R.

Where to stream: Netflix Instant

Largely maligned upon its premiere at the 2011 Toronto International Film Festival, Francis Ford Coppola’s Twixt barely saw anything resembling a release outside Europe. Luckily, with both its streaming availability and forthcoming Blu-Ray release, you’ll be able to see that it’s actually kind of good: Twixt is the work of a man with nothing left to prove but, still, something intensely personal to express. Though an utter breeze in treating kitsch with a winking eye, it’s hard not to see Val Kilmer’s frustrated artist as an avatar for Coppola himself. Look out for the most potent audio/visual combination: the sound of a Skype call bleeding into a dream and effectively ending it. – Ethan V.