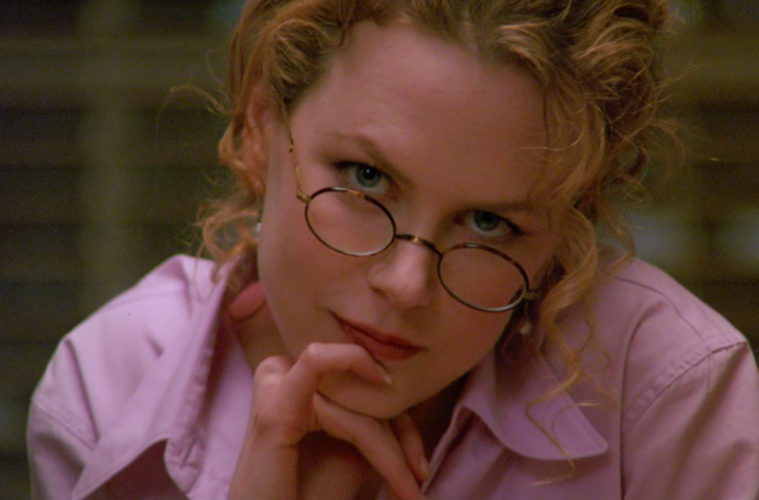 3 Faces is the fourth film Jafar Panahi has made in defiance of a 20-year filmmaking ban the Iranian government issued against him in 2010. The first three were all small-scale affairs, shot solo or with tiny crews, in which the camera never left the confines of a given space – Panahi’s apartment building in This Is Not a Film (2011), a holiday house in Closed Curtain (2013), and a taxi in Taxi (2015). His newest, which sees him working with a larger team, is almost entirely set in a remote village in the mountains, likely in Iranian Azerbaijan. This shift is in keeping with the thematic trajectory drawn by this series of clandestine films. While the first one focused on Panahi’s own predicament, each new installment has expanded the scope of his critique, encompassing further facets of the oppression engendered by the authoritarian values that hold sway over large parts of Iranian society. – Giovanni M.C. (full review)

The window for a Christmas-timed viewing may be over, but Stanley Kubrick’s masterful final film Eyes Wide Shut is now available to stream on Hulu. A humorous, sexy, unsettling, and thoroughly engaging tale of marriage and infidelity, in the twenty years since its release, it has rightfully gained the stature of one of the director’s finest works. – Jordan R.

Alex Ross Perry’s rock-and-roll epic is more than just a vehicle for the performance of the year, which belongs to Elisabeth Moss’s spiraling, ferocious Becky Something. In this indelible portrait of addiction, the corrosive nature of fame, and the unbreakable bonds amongst female artists, Perry focuses on a very specific musical era–one not often depicted in our biopic-obsessed landscape–and he makes every single frame feel deeply rooted in its history. A film as mournful about time’s passage as The Irishman or Once Upon A Time… in Hollywood, but with an admittedly brief glimmer of hope. – Stephen H.

Inception is an arthouse movie with blockbuster aspirations. Or perhaps it’s the other way around. It is the product of a director given free rein by his studio, and a film that challenges its audience as much as it seeks to delight them. Who can forget the dream-within-a-dream world building, or the visually stunning action sequences such as the one that takes place inside a rotating hallway? Dizzying, beautifully scored and edited, and filled with memorable performances (including the role that properly introduced Tom Hardy to many American viewers), Inception is without a doubt one of the most influential and respected films to emerge from the genre in recent years. – John U.

Often hilarious and always a delight, Raise Hell: The Life & Times of Molly Ivins is the conversational, down-home story of the Smith College-educated Texan who found herself bouncing around the country to find her voice. When she landed at the New York Times in the late 70s after a stint at the Texas Observer her colorful language became too much for the conservative editors of The Gray Lady. She found herself running the paper’s one-woman Rocky Mountain bureau, concluding that the best job at the Times is one away from New York City. – John F. (full review)

As The Irishman continues its reign in the spotlight, The Criterion Channel is offering a look at one of Martin Scorsese and Robert De Niro’s greatest collaborations, Taxi Driver. While you’ve likely seen this one at least a few times, you may not have heard the commentary between Scorsese and screenwriter Paul Schrader, recorded for the original Criterion Collection laserdisc release of the film in 1986, which is also available. – Jordan R.

When Tom Hanks was stranded on an island alone in Cast Away, he got the better end of the deal than what Kiersey Clemons faces in Sweetheart. Not only must she try to survive with limited resources on a deserted island, but her character Jen must also fight for her life against a cruel, otherworldly creature. Perhaps just a touch too minimalistic as it proceeds, Sweetheart can feel held back in taking its limited conceit to more daring places, but in that sense it’s the quintessential Blumhouse production. JD Dillard’s Sleight follow-up occupies one location with little required for design and all contained within a brisk 82 minutes–each of which feature Clemons, in an immensely strong showcase for her talents. – Jordan R. (full review)