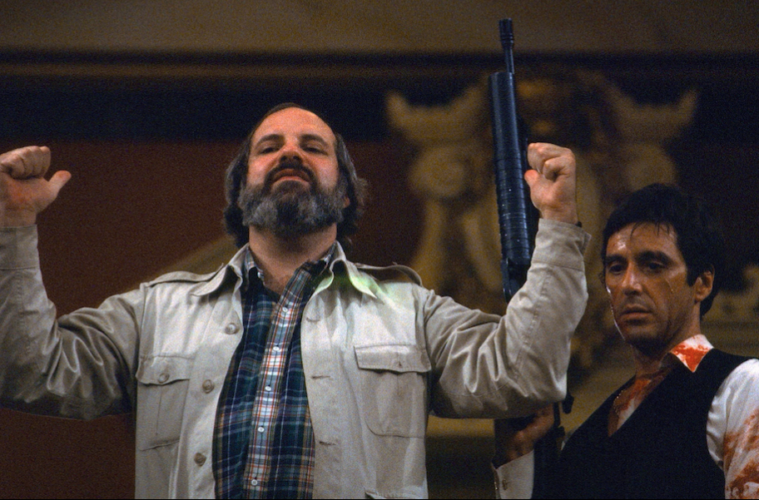 If this be the movie jail that Mel Gibson is destined to die in, it could be a whole lot worse. Blood Father, directed by Jean-François Richet (Mesrine, Assault on Precinct 13), works remarkably well as a grindhouse throwback, sporting a screenplay (from Peter Craig and Andrea Berloff, based on Craig’s novel) that’s better than it has any right to be. Though the running time is technically 90 minutes, end credits account for nearly a tenth of that. This is a quick B movie, full of practical effects that feel startlingly fresh and clever moments that are both smart and self-aware. – Dan M. (full review)

92 minutes of taut physical activity, morbid humor, and gruesome violence, Jeremy Saulnier’s Blue Ruin is one of the year’s leanest and most impressive killing machines. Saulnier begins his film with quiet, character-building chapters, but once he sets his resourceful, pleasingly narrow plot in motion, Blue Ruin becomes nothing more than a series of sharp, vicious set-pieces founded on Nash Edgerton-like bursts of violence. The film is a good example of the kind of genre treat that gets points for disposable ambition: Saulnier’s technique is so controlled, and his sequence staging so clever, that nothing else really matters. – Danny K. (full review)

Lovely as the title is, Blue is the Warmest Color ought to have been released under its French title, La Vie d’Adele Chapitres 1 & 2. The American title, in referencing Emma’s blue hair, emphasizes the love story that unfolds over the course of three hours, and that story is certainly one of the better ones to grace the screen in 2013, but the film’s real treasure, as suggested by the connection between the French title and an early scene in which Adele and her boyfriend discuss the unfinished novel The Life of Marianne, is in its depiction of life’s tendency to imitate art. It was a common theme in 2013, but none said it quite so elegantly. Oh, and it also has the best performance of 2013, courtesy the young Adele Exarchopoulos. – Forrest C.

Like its namesake mutt, Dream Alliance, Dark Horse is an easy documentary to underestimate — an archetypal underdog story of a working-class town coming together despite economic hardship through a shared pursuit. It’s the classic snobs vs. slobs story as a group of dozens of regulars at a local watering hole in the impoverished Wales mining town of Cefn Fforest pooled their meager earnings, and bought a winning racehorse in the early 2000s. – Michael S. (full review)

It is the most requested image in the National Archives, likely because of the tantalizing possibility and cheerful incongruity it summons. Elvis ‘The King’ Presley and Richard ‘Tricky Dick’ Nixon, two of the more confounding and eccentric figures of their respective time, standing there in the middle of the Oval Office shaking hands and looking mutually magnanimous. What had they discussed? How did these two men—singled out and scrutinized in differing ways by a public fascinated by them—approach one another? No official record of what went on during that meeting exists, but Liza Johnson’s enticing conjectural account of it is the centerpiece of Elvis & Nixon, a fascinatingly weird little movie that both teases and satisfies our pop curiosity. – Nathan B. (full review)

A film that is aware of its dark comedic touches, In Order of Disappearance is a Norwegian crime drama about a father named Nils Dickman (Stellan Skarsgård) seeking revenge for his murdered son who unwittingly got mixed up with a drug dealer. Time is spent giving the criminals, the protagonists, and everyone in between shades of grey and character backstory that ends up rounding things out. This is a smart decision by director Hans Petter Moland as it makes even the people you are supposed to dislike someone you feel you should have a rooting interest in. Set against a gorgeous Norwegian backdrop, this is a film with clear, concise execution, employing the kind of simplicity boosts the enjoyment factor. – Bill G. (full review)

While The Big Chill certainly wasn’t the first of its kind, Lawrence Kasdan’s 1983 hit has become a cultural benchmark for the glut of features depicting a weekend outing between twenty/thirty-somethings in which insecurities are divulged amongst the entertaining banter. With their one-location setting and small-scale drama helping budget costs, Sundance seems to premiere a fair share of them. The latest is The Intervention, coming from actor-turned-director Clea DuVall, an enjoyable, if ultimately muddled character-focused diversion. – Jordan R. (full review)

Advances in digital technology have now given filmmakers the chance to do things that would have been impossible just a decade ago. With this bold new power comes a slew of possible pitfalls, which we see in movies both large and small. Computer animation can be distractingly bad, pulling us out of the movie with its sheer artifice, or it can be too large, striking a realistic posture while doing things that are, in our mind, impossible to scale with reality. It may be the curse of The Jungle Book that its legacy will be defined by the way it charts a new pitfall for computer animation – that it can be so good and so real that it becomes almost impossible to focus on the story, for better and worse. – Brian R. (full review)

The end of the world is here, but the characters in Lars von Trier’s Melancholia can’t help but make it about themselves. In the second of his “Depression Trilogy,” and one of the most potent portrayals of mental illness’ daily effects from the past few decades, von Trier honors and judges these characters in their final fits of narcissism. For Justine (a career-best Kristen Dunst), the end is a sweet, caressing lullaby — a confirmation of her most inalienable beliefs. Meanwhile, Claire’s (Charlotte Gainsbourg) panic attacks ebb and flow with the accuracy of her husband’s scientific calculations, and in a mordant touch — her personal estimations with a coil of wire. Doom rarely feels so inevitably poetic. – Michael S.

When most people think of science fiction, they picture futuristic cityscapes and bold adventures into the yawning abyss of space. The Road looks closer to home and asks one of the most depressing questions one can encounter when thinking of the future and the fate of our planet: what happens when it all dies? Entropy occurs when no new energy enters a system, and The Road – in washed out shades of grey and brown – posits a world in which entropy has taken hold. Nothing is growing, the sun is blocked out by dust, and the system of human kindness is winding down. Into this dead world the only new energy is the love of a father for his son. Whether that is enough to re-energize the system remains to be seen, but the idea remains and the visceral impact of the film and this world and its attendant horrors cannot be understated. – Brian R.

In the largely wordless opening of Gus Van Sant’s The Sea of Trees, a man (Matthew McConaughey) drives to the airport and leaves his car in the parking lot with the key still in the ignition. He walks up to one of the desks and absently buys a ticket to Japan, hardly registering what is said to him. Once there, he rides a bus to a forest and follows the trail inwards, passing, in succession: signs bearing puzzling mottoes (“Don’t suffer alone. / You have one life, take care of it.”), an abandoned pair of shoes, the decomposing body of a woman. It isn’t entirely clear whether we’re witnessing reality or a dream. Once he sits down and pulls out a letter and a bottle of pills, his intentions become clear. Then a Japanese man (Ken Watanabe) with slit wrists appears and the American puts his plan on hold. In a gorgeously ethereal shot, the two men are framed walking in the same direction at a distance from one another, the perfect yet uncontrived synchronicity of their uncertain gaits establishing a parallel between them that suggests the commencement of a shared trial. – Giovanni M.C. (full review)

As uncomfortable a viewing experience it may be, the best films from Todd Solondz slowly reveal themselves with their character intricacies and distinct touches, burrowing deep inside as they replay in one’s mind. In his latest feature, Wiener-Dog, he’s crafted a series of incisive, perceptive vignettes mutually connected by the shifting owners of his title character. Aptly described by Solondz as Au Hasard Balthazar meets Benji, there’s no denying it bears his brand of humor and heartbreak in every scene. – Jordan R. (full review)

Jane Got a Gun (review)
Septembers of Shiraz