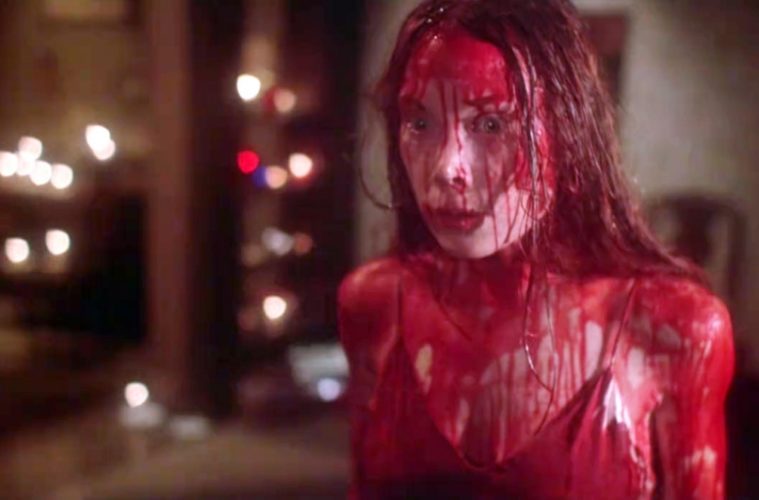 Wes Anderson’s feature debut, the slyly comedic Bottle Rocket, positions its heroes, three young wannabe criminals with an eye for small-scale robberies, as blind innocents, lost in the unfamiliar world of adulthood. As part of his 75-year plan, Dignan (Owen Wilson) forms a gang, consisting of himself, Anthony (Luke Wilson) who’s fresh out of a voluntary psychiatric hospital, and Bob (Robert Musgrave) who becomes the getaway driver simply because he has access to a car. Their dreams of criminality stem from a boyish sense of boredom and malaise, inspiring them to cross the line into what they think of as a life of crime. After their maiden heist at a local book store, the gang hits the road, hiding from the law that clearly isn’t chasing them: “On the run from Johnny Law,” Dignan says. “Ain’t no trip to Cleveland,” a touchingly quaint portrait of lost youth. – Tony H.

After making an impression in films from Paul Thomas Anderson, David Lowery, and Spike Lee, thanks to his new exposure as television’s most intelligent anti-social hacker, Rami Malek has graduated from indelible supporting character appearances to the coveted leading role. His first endeavor in the arena comes with Buster’s Mal Heart, a structurally oblique, emotionally flat drama which finds him once again embracing the peculiarities of the human psyche. – Jordan R. (full review)

Brian De Palma‘s Carrie begins in the soft-haze of a high-school girls’ locker room. The camera lingers of the naked bodies of Carrie’s (Sissy Spacek) abusers and clearly sets them apart from the frail girl who showers by herself. As the others frolic and laugh among themselves, Carrie rests inside of her own body. In close-up, Carrie washes her face, breasts, and abdomen until she reaches her inner thigh. She drops her bar of soap and the lilting score from composer Pino Donaggio changes key into something more sinister when it is revealed that Carrie has begun her first period and menstrual blood slides down the side of her leg. She screams at the arrival of the punishment of Eve, and blood will be a harbinger of everything to come for one Carrie White. – Willow M. (full review)

Fernando Meirelles, not nearly as good ever since, gives a story of Brazilian debauchery its human core in the form of a young, ambitious, wholly relatable boy evolving into manhood under what, we’re led to feel, are the worst conditions known to man. That we’ll likely never know many (or all) of the situations that play out herein makes City of God’s reverberations an even greater miracle. – Nick N.

The most piercing comedy is often mined from the darker aspects of life, presenting our fears in a new, hopefully amusing light. While Demetri Martin‘s stand-up has tinges of this, represented in his lo-fi sketches and carefully constructed one-liners, his directing and writing debut Dean effectively melds, both on the page and stylistically, a dramatic backbone with his personal brand. – Jordan R. (full review)

Welcome to Goon: Last of the Enforcers where Baruchel (stepping into the director’s chair for Michael Dowse) and co-writer Jesse Chabot throw in the kitchen sink of sports clichés and their resulting personal drama. It’s five years later and a lot has happened to change the Highlanders dynamic both as a for-profit entity under new owner Hyrum Cain (Callum Keith Rennie) and something that means more than his bottom-line to the players. Rhea is retired and battling in barely legal fight clubs for peanuts. LaFlamme is growing older and feeling the strain wrought by his on-ice dipsy-doodling. And Glatt finds himself married (to Alison Pill’s Eva), team captain, and mere minutes away from hearing the fat lady once young upstart Anders Cain (Wyatt Russell) approaches with fists raised. – Jared M. (full review)

The threat of the unknown lurks behind every door, every parcel of darkness, and every character motivation in It Comes at Night. While the world writer-director Trey Edward Shults hints at is larger than in Krisha, it’s a similarly scaled exercise in wringing out tension — one that’s more patient than his debut, even if the whole is not as great as the sum of its formally impressive parts. The details in this post-apocalyptic chamber drama — flat-out horror this is not — are spare, an initially refreshing decision that ultimately results in a rather empty, half-formed narrative. – Jordan R. (full review)

Pablo Larraín’s Jackie upends the traditional historical drama with bold storytelling, note-perfect performances, and a piercingly smart, emotionally probing script. The film belongs to Natalie Portman, but its entire cast stands out — especially John Hurt. With Jackie and his other late-2016 release, Neruda, Larraín has deconstructed the film biography, and the results are thrilling to watch. It’s difficult to imagine a film about a recent historical figure that feels as emotionally affecting. It’s also a certainty that we’ll never look at Jackie Kennedy the same way again. – Chris S.

Somewhere in the middle of Patty Jenkins‘ Wonder Woman, Diana Prince (Gal Gadot) asks American soldier Steve Trevor (Chris Pine) what people do when there’s no war. His response is both bittersweet and resonant. There’s an aching in the exchange that gets to the core of human hypocrisy — an inevitably of violence that cannot easily be wiped clean with peaceful intent. If this sounds too lofty for a superhero picture, consider that superhero pictures are quickly becoming all we have in the arena of large-scale filmmaking. That diversity and complexity have slowly begun to seep into the storytelling is as much from necessity as any kind of progressive ideal. When all of the stories have been told, even the least-imaginative of studios will search for new property to mine. So then let us be thankful for a great, big tale as entertaining and insightful as this one. – Dan M. (full review)

Dumb and Dumber
Hellboy II: The Golden Army
The Hitchhiker’s Guide to the Galaxy
Scarface
Scent of a Woman
Tron