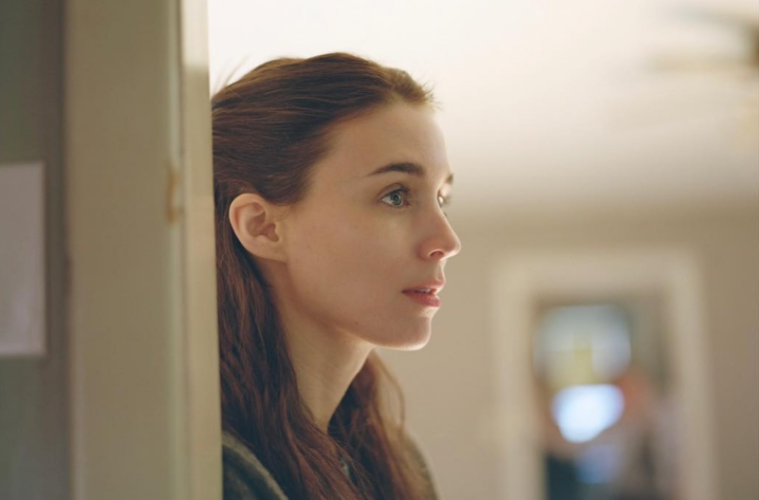 New to Streaming: ‘A Ghost Story,’ The Films of Lars von Trier, ‘Blame,’ and More

Written, directed, edited, and starring 22-year-old Quinn Shephard, Blame premiered at Tribeca Film Festival last spring. We said in our review, “It’s an impressive debut feature that’s confident and assured, yet feels less like a feature film and more like an effective television drama with a few well-drawn characters and a multi-episode arc. Its asymmetric narrative doesn’t always work as it withholds information that might have fleshed out its supporting characters, and its message has been repeated over and over again in more dramatic thrillers. Yet, what this debut does achieve at times is an authentic portrait of high school life in the Jersey suburbs through a non-male, non-patriarchal gaze.”

A tender love story, Dina is a documentary that could easily be mistaken for a fiction film. Framed in long takes, often on a tripod, several choices other than its style call the film’s legitimacy into question, including a key moment which occurs in the film’s third act that leaves one wondering if directors Dan Sickles and Antonio Santini are playing fair. The film, up until that moment, is so engrossing that as manipulative as it may appear, I’m willing to forgive the choice of pulling back the curtain a bit on a moment that’s offered up with little context. – John F. (full review)

The psychological weight of our certain death and the fact that life will go on long after we are departed is difficult to convey visually, but A Ghost Story is one of the most poignant films to ever grapple with this issue. It’s a singular feat of enthralling storytelling that I would say is going to leave a lasting impression centuries after everyone involved has passed away, but as Will Oldham (aka Bonnie “Prince” Billy) ponders in David Lowery’s micro-masterpiece, humanity will eventually perish. It’s not a comforting thought, to say the least, but A Ghost Story leaves enough room for the viewer to find peace in the reflection. – Jordan R. (full review)

The Films of Lars von Trier

As anticipation builds for Lars von Trier’s serial killer drama The House That Jack Built, set to debut this year, one can catch up some of the director’s filmography on FilmStruck. Ranging from his finest films (Breaking the Waves, Dogville) to the controversial (Antichrist) the the overlooked (The Element of Crime, The Boss of it All), one can start a provocative weekend of viewing now. – Jordan R.

Kudos to Jack Black for trying new things. The actor seems to be on a mission to expand his comedic (and dramatic) palette with interesting turns in smaller fare like Bernie, The D Train and now The Polka King. Written and directed by Maya Forbes and Wallace Wolodarsky (also responsible for recent Sundance flick Infinitely Polar Bear), the film tells the true story of Jan Lewan, famed Polish polka singer and Ponzi scheme scammer in Pennsylvania (try saying that five times fast). Based out of a novelty store in Hazleton, Jan wraps himself up in the American Dream. Playing everything from weddings to county fairs and other senior citizen-heavy venues, his polka fanbase grows as he continues to expand the number of band members, much to the chagrin of friend and band clarinetist Mickey (Jason Schwartzman). – Dan M. (full review)

Abe & Phil’s Last Poker Game
Mark Felt: The Man Who Brought Down the White House
No Stone Unturned
Thank You For Your Service
Tom of Finland
Saturday Church