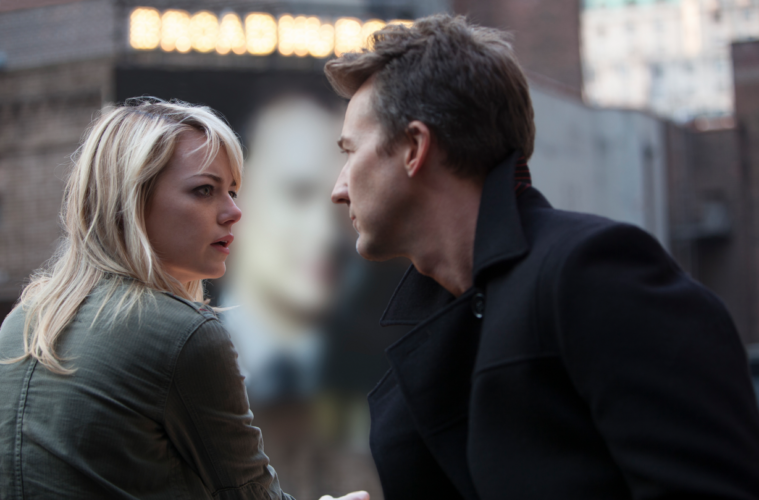 While September helped gear us up for the fall slate, October brings a wealth of high-quality projects, one notable selection being the latest film from Alejandro González Iñárritu. Set to hit theaters later next month, Fox Searchlight is starting to gear up the marketing for the drama that follows Michael Keaton‘s psychologically conflicted character mounting a Broadway play.

We said in our Venice review, “The extent of the film’s thematic canvas – reality vs. representation, personal suffering as artistic transcendence, a dash of contemporary movie business satire – mirrors the trajectory of the man’s psychological breakdown, even if he weren’t talking to an imaginary version of himself in full Birdman costume and Bale-like (nice touch) growling voice, or channeling his rage into telekinetic powers.” As we await the release, check out the first TV spot, a batch of new stills (some thanks to The Playlist), and the official poster below for the film also starring Zach Galifianakis, Edward Norton, Andrea Riseborough, Amy Ryan, Emma Stone, Naomi Watts, Lindsay Duncan, Merritt Wever, Jeremy Shamos, Bill Camp, and Damian Young.