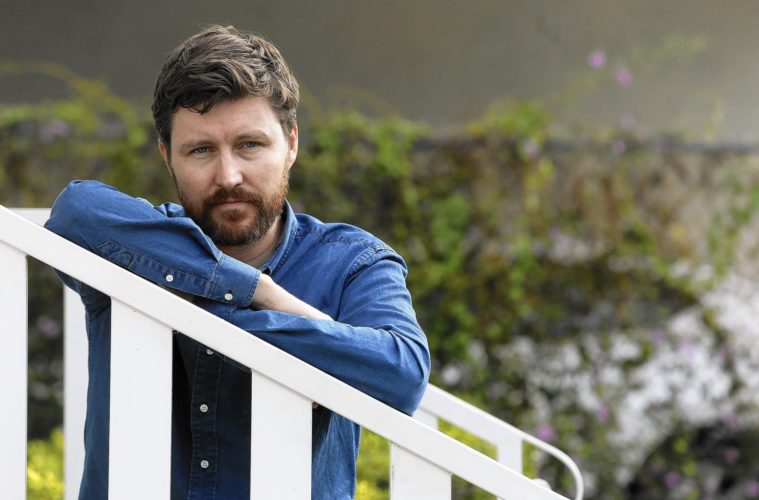 The cancellation of Looking has hardly been an impediment to Andrew Haigh. Mere months after 45 Years premiered at Berlinale to fine notices, the English writer-director has secured rights to his fourth feature, Lean on Pete. Screen Daily have details on the project, which, in adapting Willy Vlautin‘s novel, will tell the story of “Charley Thompson, a 15-year-old who has no stability in his life and ends up homeless in Portland, Oregon, where his best friend is a failing racehorse named Lean on Pete.” Hope, or some at least some semblance of it, rests in an aunt approximately 1,000 miles away in Wyoming.

Haigh speaks of the novel in rather laudatory terms, as you might expect, while frequent producer Tristan Goligher notes “The sweeping scope of the story, from the run down race-track of Portland Meadows, via the sagebrush of the Oregon desert, to the bright lights of Denver’s Colefax Avenue make this an exciting next step after 45 Years.” Although the wait until a 2016 shoot might seem a bit far off, take stock in the promise of 45 Years‘ U.S. release via Sundance Selects, as well as his impending next project: the series finale of Looking, which will be composed as a special.

Meanwhile, Variety tell us Marjane Satrapi is also adapting material, having signed to take on Romain Puértolas‘ The Extraordinary Journey of the Fakir Who Got Trapped in an Ikea Wardrobe. The book, which is sure to get a shortened title in its theatrical iteration, follows a con man whose transition from New Delhi to Paris is interrupted when he “accidentally gets deported along with a band of African refugees to the far corners of Europe against his will.” Puértolas collaborated on the screenplay with producer Luc Bossi and Jon Goldman; Indian superstar Dhanush is angling toward the lead role, while a trio of English-speaking stars — one of whom is likely to play the protagonist’s love interest, herself a French woman — are being sought.

The outlet tell us Fakir‘s to have a “visual aspect [that] will be significant,” (slow down, Bazin!), and, in Satrapi’s own words, “will touch on immigration but as always, in a light and humorous way.” When first details on the project are intriguing and the helmer’s coming off a strong feature (that being this year’s underseen The Voices), we’re hoping this comes together rather soon.

Were you hoping to soon see new films from Haigh and Satrapi? Is the first word on them promising?