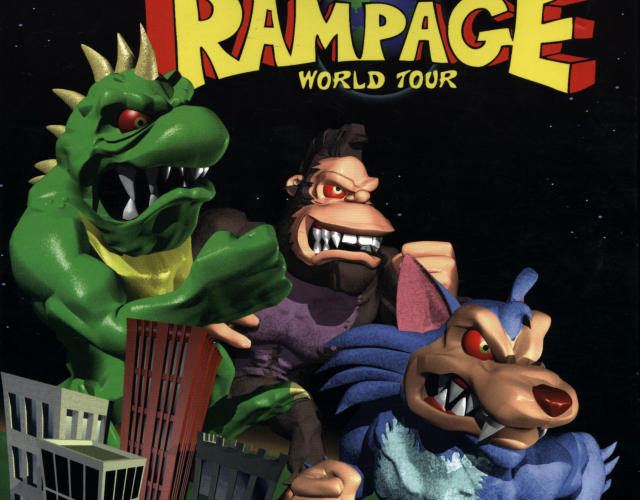 It looks like Hollywood is at it again, with another video game is making its way to the big screen. According to THR, New Line Cinema has begun production on the adaptation of the classic 1980’s video arcade game Rampage.

For those unfamiliar with the classic game, imagine various giant monsters trying to survive a military attack while the city around them gets beaten to a pulp.  Players can choice from three characters: George (a King-Kong like Gorilla), Lizzie (a Godzilla like Lizard) and Ralph (a giant werewolf). Each level is finished when the city is completely demolished. John Rickard, known for his involvement in A Nightmare on Elm Street and the final Final Destination franchise, will produce the project with plans of meeting with writers very soon. The project will take advantage of the video game’s iconic title and visuals.

Unlike other video game-to-big-screen adaptations like Sam Raimi‘s possible World of Warcraft project and the forever in pre-production Halo adaptation, I’m actually pretty excited about the Rampage project because I’ve enjoyed the game. I’m used to seeing more modern video games getting the green-light for adaptation, so this one could get pretty wild. I look forward to seeing what they do with the monsters, seeing as technology has grown exponentially since the game’s 1986 release.

Have you played Rampage? If so, are you excited about this adaptation?