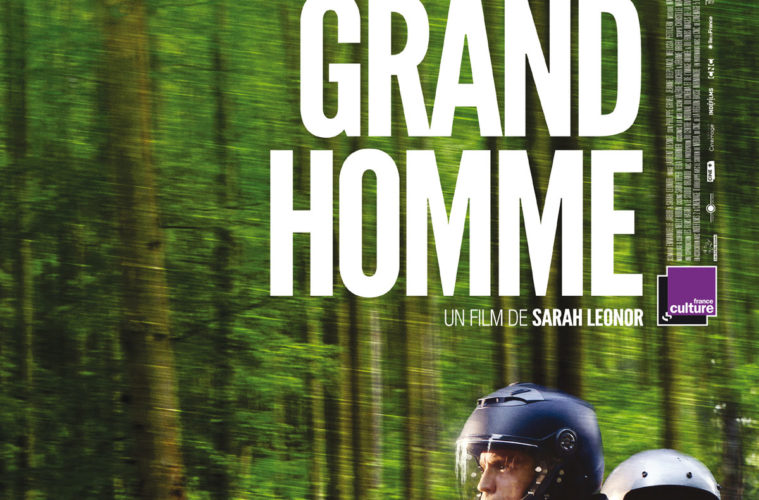 A Great Man is divided up into five chapters, the first four of which trace the latter half of the first chapter’s “Hamilton and Markov” duo, while the final, from which the film takes its name, returns to Hamilton (Jérémie Renier, of a handful of Dardennes films). Markov (Surho Sugaipov), we learn, is actually named Mourad Massaev—the title of the second chapter—but becomes Michaël Hernandez—actually Hamilton’s real name, and the title of the third chapter—to get a job, before…let’s stop there. The film takes an unexpected turn before its fourth chapter begins, shifting focus and widening its scope without losing momentum.

When we meet Hamilton and Markov they are scouts in the French Legionnaire, but when they get out, Markov, a Chechen immigrant who enlisted in hopes of earning French citizenship, is told that his service was inadequate. Three more years, he is told, should be enough to earn citizenship. A single father unable to get work without citizenship, Markov is at a loss until a timely visit with Hamilton sees the latter offering up his identity.

Sarah Leonor’s film is slow moving, with moments of narrative importance coming almost at random, but its accumulation of detail leads to questions about France’s immigration policy, although Leonor’s route is indirect enough to border on opaque. Khadji (Ramzan Idiev, who is tasked with a lot but is up to it), Markov’s 10-year-old son and all but an orphan in the film’s story, is, if not the film’s key focus, it’s narrative constant, and it is through him that the film implicates a system that arguably forces nationalism and causes such things as child abandonment. To reach that conclusion, however, Leonor sometimes abandons characters altogether, and while these turns don’t seem careless, neither are they marked enough to add any thematic depth to the story.

This can be attributed to The Great Man other major tendency—its narrative realism, which surfaces in a reliance on coincidence and in episodic storytelling to reveal poignancy while refusing didacticism. Whenever “the point” is looming on the horizon, Leonor will complicate the plot and deny easy answers. In this way, the film’s pentaptych structure is a bit of a cheat, a somewhat heavy-handed way of guiding viewers through the plot and also a way of creating separation that conceals the messiness and arbitrariness of events. Chapter titles and breaks, in other words, serve as vaguely harrowing promises that offset the convenient and arbitrary plotting.

Examples, sadly, are largely of the spoiler variety, and The Great Man is enjoyable in part because its characters are well-defined without obviously taking the story in one direction or another, and to ruin that pleasure would, I fear, ruin much of the movie. Taking the film’s two tendencies (the political and the realistic) together, it seems to be actively working toward a thematic reckoning at the expense of its own internal logic, albeit without egregiously violating it. That said, the most heavily signposted idea, of identity and what makes it, visible both in the film’s structure and in its narrative turns, is underexplored.

Behind the camera, meanwhile, Leonor rarely strays far from the immediate action, and she prefers to keep her presence hidden, with her patient takes and slow, steady tracking matching the film’s aesthetic and never being taken to virtuosic extremes. Her eye for light is commendable as well, particularly in night shots. Light and shadow mirror a character’s certainty or lack thereof, and interiors in particular seem to be carefully and deliberately lit, underscoring the gravity of a conversation handled calmly between its players or else hinting at the tension beneath the surface.

Constantly teasing something more ambitious than itself, A Great Man is a compelling watch but an unfulfilling one. By the final stretch its bleakness seems unearned, its narrative in service of a point that does not hit quite as hard as it could despite its sadness. This does not make A Great Man bad, and it in fact suggests a talented director, one who wants to approach political concerns through an aesthetic rather than polemical lens, but for now Leonor’s storytelling is a little too stodgy to fully convey what she wants. As such, A Great Man plays almost like a war of two tendencies, its uneasy quivering between them making it unpredictable but also insufficiently savory. In the end, we need a bit more.

The Great Man is currently screening at New Directors/New Films 2015.