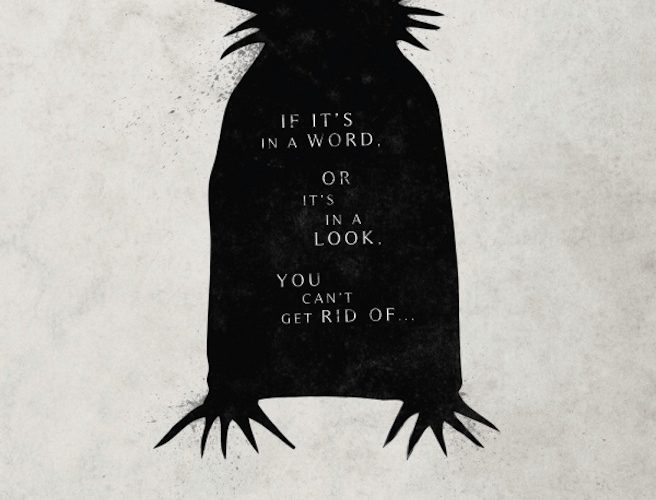 Conditions are ripe for a monster in Jennifer Kent‘s directorial debut, The Babadook. The widowed Amelia (Essie Davis) and her ostracized six-year old Samuel (Noah Wiseman) are the kind of people demonic entities love to prey on. Both Amelia and Samuel’s lifelines to the outside world are dwindling quickly. Amelia, still not emotionally intact after the death of her husband, is finding it difficult to cope with the rigors of suburban motherhood and her son’s erratic behavior. In a repeated visual, Amelia hovers high above her bed, lost in the horrific nightmare that marked both Samuel’s birth and her husband’s death, before coming down to a reality far worse.

Her son is not an easy child to love. His shrill voice has the ability to pierce eardrums but his array of homemade weaponry is capable of inflicting much more severe damage. It’s a combination of Samuel’s perpetual imagination and his genuine craftsmanship with homemade catapults and crossbows that get him kicked out of school. It’s no wonder Amelia’s sister Claire (Hayley McElhinney) doesn’t want her daughter sharing a birthday party with Samuel. The traditional boundaries of parent and child have been long erased by tragedy and that allows Davis and Wiseman to turn in a pair of emboldened performances as the mother and son duo. Amelia speaks to Samuel in ominous and curt tones. Samuel doesn’t seem to mind and vows to protect his mother from whatever evil may transpire. The manifestation of a grim children’s book entitled The Babadook plays as the logical extension to Amelia and Samuel’s many troubles. Filled with creepy expressionist imagery and foreboding about a triptych “dook dook dook” noise, the author-less tome is the ultimate strain on mother and son’s psyche. They’ve unleashed The Babadook, whose agenda, according to the hysteric Samuel, is to eat their insides after giving them a good scare.

The proceeding thrills are economically constructed but extremely effective. A hat falling from the chimney and an unusually tailored coat are examples of powerful frights that recall the striking imagery from the cursed book. The haunting takes place over a period of three short days; in that time Amelia does as many sensible things as a person could do if they unearthed and read from a cursed children’s book. She burns the book, goes to the police, and keeps all the lights turned on. Kent’s characters often act practically and desperate phone calls for help and appeals to logic heighten the many scares.

Amelia and Samuel’s emotional scars run parallel to the occult and that infuses much of The Babadook with a refreshing duality. Amelia cannot conquer the monster nor the void left behind by her dead husband by ignoring it. Her inability to confront both the literal and emotional danger at her heels drives the film’s suspenseful third act in which young Samuel finds himself in deadly turmoil. Here, The Babadook may utilize familiar horror iconography like dank basements and insect infestations but it’s main ghoul is a creation that directly recalls german expressionist creations like that of The Cabinet of Dr. Caligari. This return to the more sinister and meager horrors of the past reinforces the film’s most potent theme: there are some monsters and some pains we will have to contend with for a very long time.

The Babadook screens on March 22nd and March 23rd at New Directors/New Films and will be release by IFC Midnight. Watch the trailer here.