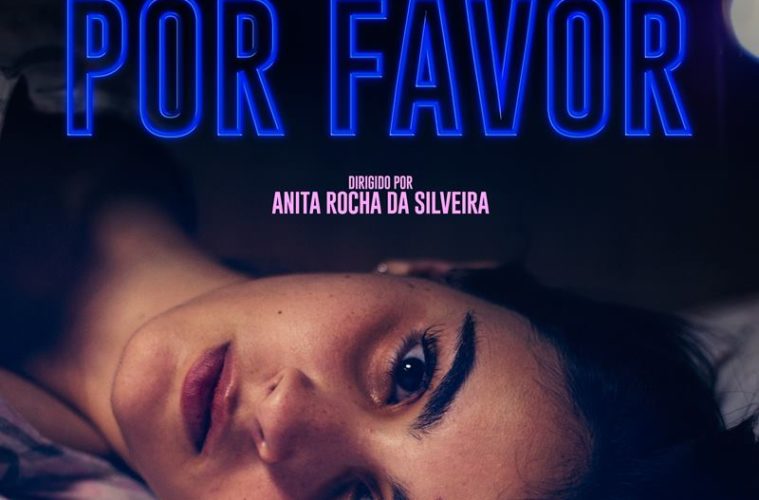 Following in a wave of cerebral psychological horror films such as The Witch, It Follows, and The Babadook, Anita Rocha da Silveira’s debut Kill Me Please is the latest art-horror film that’s concerned with the internal repercussions of trauma. But unlike that series of films, Kill Me Please may be more effectively identified as a film about the end of the world.

Set in Rio de Janeiro’s paranoia-soaked Barra de Tijuca, it follows a series of tight-knit high-school girls against the backdrop of a series of young women’s murders. The murdered women are mostly anonymous, but their deaths loom over these girls like present-day, sexually charged ghost stories. These women all worry that each day will be their last, unable to stop a perpetual personal apocalypse.

And while this premise has the possibility to feel gratuitous, it remains grounded thanks to a perspective that always places the girls’ lives first. Even when murders happen, they’re shrouded within hazy editing that presents the killing like a lost fever dream. In the prime period of sexuality, they’re alternately terrified and aroused by the idea of these women being raped and murdered, and each reacts differently, whether it’s clinging to the church, receding into their own mind, or becoming more impulsive.

The violence is so regular in all of their lives that it’s become ingrained in their conversations to the point where they talk about which one of them is attractive enough to be next, or speculate which classmate could be the killer. The film knows these girls wouldn’t only view this situation with nobility. They’re not above commenting on the departed women’s looks, or talking about how many people commented on the Facebook memorial page, and they, too, wonder whether anyone would care if they were offed in the night, or whether they would be just another faceless casualty. Being a teenager already makes every moment feel like life or death, but when each night could be your last, the thought of dancing alone at a party might be the most terrifying thing imaginable.

Its story centers on Bia (Valentina Herszage), a fifteen-year-old intoxicated by these murders. She initially tries to find any means to stave off her fears but soon spends her nights researching past victims and playing with fire by going off alone into the night. While the early going may suggest that Bia will align with a long line of plot twists about conflicted young women, Kill Me Please is much less interested in such sensationalized conclusions, instead focusing on day-to-day anxieties and a gradual numbing to reality.

With its inky, stalking sense of darkness and warped surrealism, David Lynch’s Mulholland Dr. is an obvious touchstone for Silveira’s sensibility, but her visual milieu feels just as evocative of disparate directors such as Carlos Reygadas, Céline Sciamma, and Harmony Korine. Her camerawork doesn’t so much follow as glide, and Silveira isn’t shy about starbursts of color (e.g. a refracting neon purple prism from a headlight). The sequences are carefully composed but not immune to playful tricks, including a wide frame that suddenly erupts into a full music video to Bounce-style music.

In general, there’s a heavy music video influence to Silveira’s cinematic sensibility, as shown in a scene set in a Quinceanera or the aforementioned impromptu music video sequence, but it also functions as a continual commentary on performance in a similar fashion to Andrea Arnold’s mediation of appropriation in Fish Tank. These characters are always aware of the camera, sometimes looking directly into the lens, and playing their characters with an articulated sense of artificiality in their movement.

The film’s best moments find a way to imbue the mundane with something ghostly or sinister. A scene where the group plays Mafia on a dock is chilling as their imaginary story takes on a fatalistic tone when juxtaposed with the reality. And when school is cancelled because of the murder of a classmate that none of them knew, Silveria shoots it as a haunting silent exodus of teenagers to the bus stop.

Sex plays a key part in all of these women’s lives as a form of release and as a cautionary tale of tainting the soul. Bia’s boyfriend, for instance, lives in constant fear of what will happen to him if he has sex, even though he certainly doesn’t mind if he’s the recipient of oral pleasure. But the murders also have an extra-eroticized energy, as shown through Bia being turned on when her boyfriend tells her she looks like the dead girl.

Kill Me Please, in the end, is just a little too overstuffed, and some threads can’t find a way to coalesce. The church, for example, serves as a unique element of influence with its garish house music hymns and the way all of the women spend the whole sermon on their phones, but it feels a little bit incomplete even as those errant images are striking on their own. And while the second half leads to some of the most impressionistic imagery as Bia’s sense of reality breaks down, it’s more disruptive of the film’s trance-like pacing than anything else — even if the imagery itself is memorable.

Kill Me Please is remarkably accomplished for a debut feature despite feeling a little bit muddled in terms of rhythms and especially its ending, which tips its hat a little bit too hard to art-horror ponderousness. Still, it’s a vibrant debut that demonstrates that Silveira has a strong talent for depicting adolescence and its attendant horrors.

Kill Me Please screened at the 2016 New Directors/New Films Festival and opens on September 1, 2017.