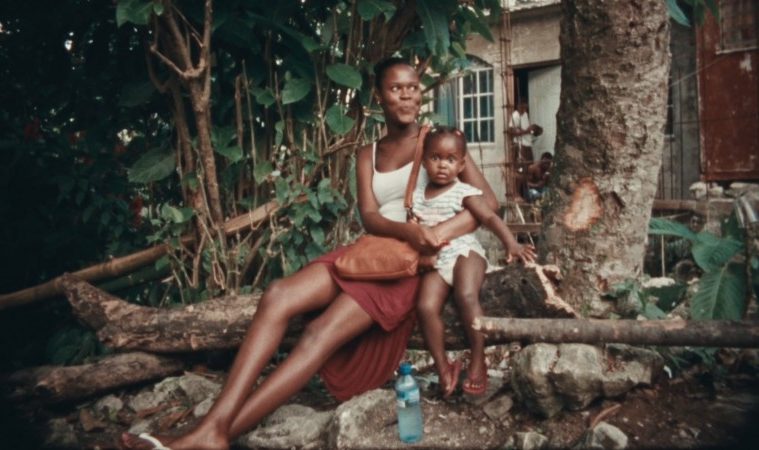 Khalik Allah’s debut feature Field Niggas took viewers by surprise. The film, a rare contemporary ethnographic documentary set on the corner of 125th and Lexington, is a hypnotic portrait of Harlem and its residents. Put up initially by Allah on Vimeo for free, before being taken down to premiere at True/False, the film ended up on the year-end lists of many revered writers. Two years later, it’s nearly impossible to see.

His follow-up Black Mother takes Allah from his home to his motherland, Jamaica, and though it and Field Niggas share a style, there are many differences. The former is more refined, though that’s not to discount the efficacy of the latter effort. Black Mother consists more of abstract portraiture than the Field Niggas’ blunt but still lyrical politicking, which focused on recent acts of police brutality and the failings of the justice system. Still, even if Allah is more exploratory here with Black Mother, connecting with a setting that is more out of reach for mainstream audiences–New York is closer, and more present in the media–this is an inherently political work, using the practice of ethnographic documentary to challenge the colonial implications of the subgenre. Allah has stated in interviews that this is not necessarily a film made for mainstream audiences, but rather for the community. This understanding of the audience is why the inclusion of his own voice interacting with his subjects–an aspect often debated in documentaries–is such a necessity. In this sense, Black Mother acts as a perfect autobiographical continuation of Field Niggas.

Allah shoots a range of locals, from holy men to prostitutes, repeatedly returning to an image of a black woman progressing through the trimesters of her pregnancy as a bridge between these seemingly disparate worlds. Allah is a member of the Five-Percent Nation, a group whose ideologies–the black man as God and the black woman as Earth–directly manifest in the film. Allah believes in his images as truth, not only metaphor.

Comparisons of Black Mother to cinematic poetry are apt, but it’s harder to pinpoint than that, more aptly described in relation to sound or music–free-flowing jazz, fluidly connecting otherwise inconceivable strands of culture, politics, and history in Jamaica. The faces shown rarely match the soundscape and the audio and visual components of the film seem to operate parallel to each other. Words, in this case, fill in what traditional scoring tries but often fails to accomplish.

It’s reminiscent of the discourse on blackness as sound–how the voices that Allah invokes, with their unique cadence and accents, are indistinguishably black. These voices work in tandem with the bodies being shown, regardless of their cohesion, harkening back to language that surrounded Miles Davis’ performances about how body, physicality, sound, and intellect intersected.

Seamlessly alternating between Super-8mm and HD-Video, the movements of his camera and the shifts in format from film to digital all resonate with a spiritual fluidity. His fleeting imagery is beautiful, fully realizing the diverse, unique landscape of Jamaica. He focuses heavily on the local Jamaicans’ reclamation of the mechanisms imposed on them through colonialism. The prominence of religion in the country is commented on, though Allah is never dismissive. Because of this, it is empowering to see how the local populace has turned something once implemented to manipulate them into something of their own.

The nature of New Directors/New Films ensures a selection of ambitious works that deserve attention, regardless of some inevitable failings–messiness, muted voices, the potential to feel underwhelmed. Allah, however, entirely subverts these trappings. In just two films, he has developed and honed his incomparable style, providing the festival, and the documentary form itself, with one of the most memorable, intense experiences in recent memory.