ND/NF Review: The Dove and the Wolf Tracks a Tormented Couple with Visions of Inescapable Dread 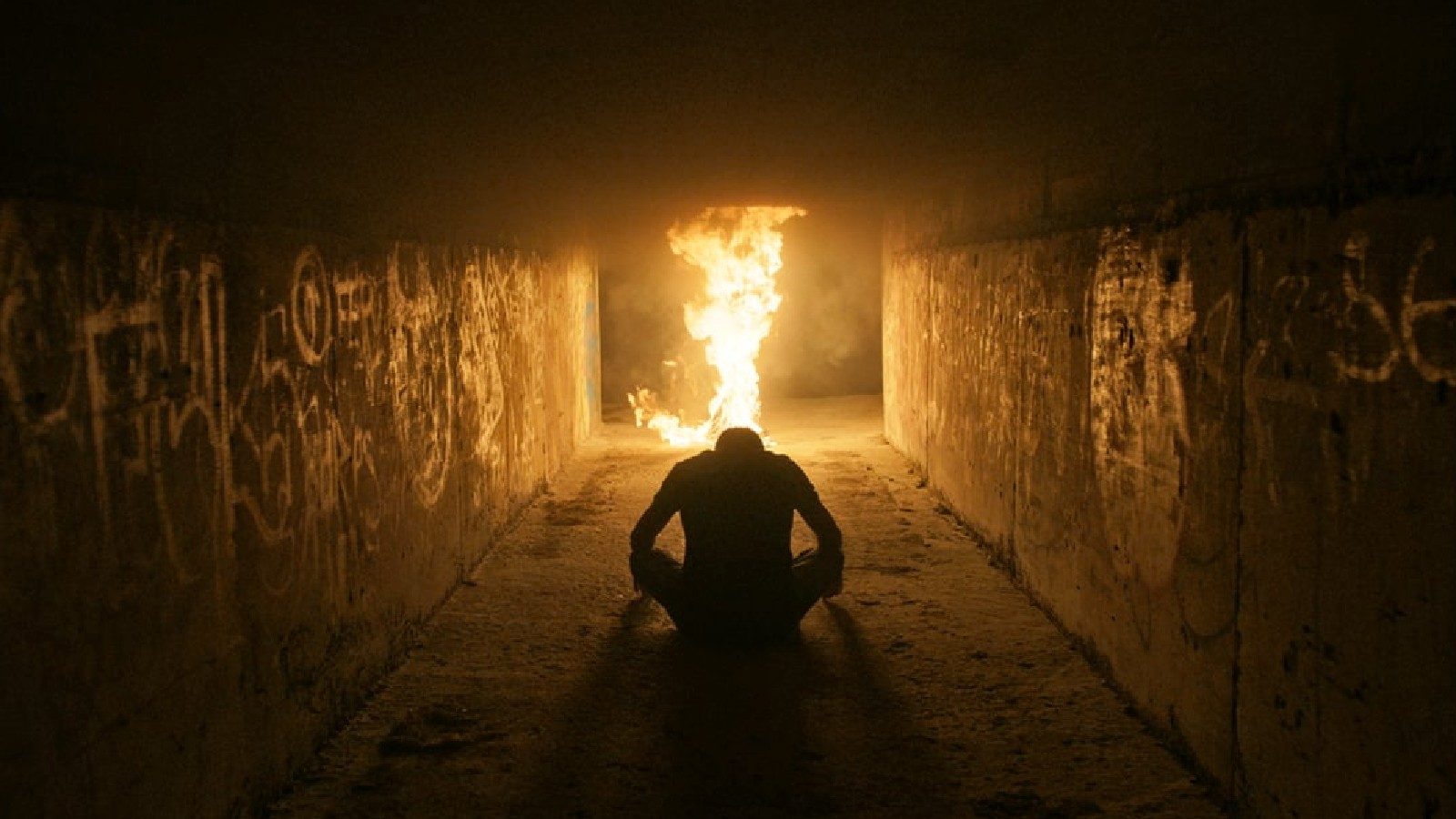 Mexican art cinema in the last two decades has been defined by a confrontational formalist rigor most widely seen in the films of Carlos Reygadas and Amat Escalante. Long takes, static camera shots with elaborate blocking, and sudden acts of cruelty are each stylistic staples. These cinematic devices undoubtedly parallel a collective feeling of suffocation, anxiety, and socio-political tumult brought upon by rampant Narco violence and government corruption.

Influenced by films like Battle in Heaven and Heli, Carlos Lenin’s The Dove and the Wolf sticks relentlessly close to a tormented young couple as they try to deal with the financial hardships and hidden traumas slowly crippling their relationship.  While they share a living space, Paloma (Paloma Petra) and Lobo (Armando Hernandez) seem to be hitting that dire stage in every romantic partnership where apathy flourishes. Both work in blue-collar factory jobs with colleagues who are much more adept at navigating the unfairnesses of such a degrading labor system.

Early scenes feature little dialogue and avoid establishing shots, which helps develop a prevailing sense of fragmentation and isolation. Even when the couple lies in bed together, the only thing that connects them are the droplets of sweat dripping down their skin. Most of the time, Lenin’s film keeps Paloma and Lobo on separate but mirrored narrative tracks; they experience similar trouble at work, and each comes in contact with the same threatening wolf pack of high school students who hang out close to Lobo’s job site.

Most interestingly, The Dove and the Wolf presents teens and even kids as bluntly honest reflections of their aggressive environments, while twenty something’s like Lobo and Paloma struggle to overcome their dwindling sense of self. Without future prospects or any semblance of concrete national identity, how does one begin to really confront the pain of memories past?

It’s a question Lenin contemplates in the film’s taxing, visceral shots, which often involve the camera creeping toward images of inescapable dread. The most horrifying example involves a group of Lobo’s roughneck construction buddies as they huddle up watching a snuff film on someone’s phone. While unseen, the violence can still be felt thanks to the sound design, which is both repetitive and numbing.

At one point in the film Paloma tells Lobo, “You seem dead.” Impotency, frustration, anger, and guilt have mummified this man in diseased masculinity. Spending time with these two characters is tiresome, mostly because the extreme stagnation they experience is preordained by the stifling, antagonistic developments in the story. Lenin tries to infuse the film with some epic grandeur using Tarkovsky-esque imagery of quarries and construction sites, but many of the set pieces feel disjointed and ripped directly from the fever dreams of an ambitious film school student.

Often ponderous and deliberately slow, The Dove and the Wolf is a confounding debut by an obviously talented filmmaker who doesn’t quite know yet how to connect all the pieces. Ultimately, the film’s elemental and subjective focus on trauma doesn’t rise above the surface-level, and these observations feel all too familiar by now.

The Dove and the Wolf is now playing at New Directors/New Films.