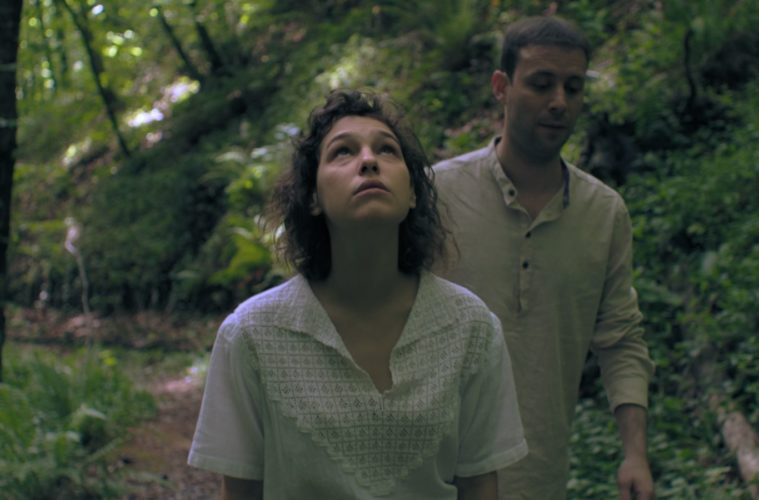 ND/NF Review: ‘Belonging’ is a Bold Grappling with Love, Death, and Memory

The nature of promise displayed by a new filmmaker can sometimes be an inherently risky proposition. For every Orson Welles or Jacques Rivette, who burst out of the gate and kept making revelatory film after revelatory film, there are countless others who showed an early mastery before all but disappearing. This, of course, makes institutions like New Directors/New Films all the more important for cataloging these talents, but it can occasionally make one wonder if a real discovery will continue to bear fruit in the films and years to come. However, it is important not to let these concerns color the film at hand, and to continue to keep an eye out for such bolts from the blue.

Burak Çevik’s Belonging, which premiered in this year’s Berlinale Forum and will play at ND/NF, is an almost ideal example of this phenomenon. It derives its almost preternaturally assured construction from equal parts scenario (taken from a personal story) and execution. It is Çevik’s second film–his first, last year’s Tuzdan Kaide, received little coverage–and genuinely feels like a new, largely unprecedented voice, one whose forebears are many and synthesized into a bold grappling with the nature of love, death, and memory in its various forms.

Belonging takes its central premise from a real, shocking incident: fifteen years ago, Çevik’s aunt, Pelin, and her lover, Onur, assisted in the murder of her mother. From this potentially pulpy premise, Çevik fashions a fleet, 72-minute film that operates in an intensely elliptical, suggestive capacity, where structure deeply informs formalism and vice versa.

After a brief prologue, in which Çevik speaks directly to his aunt in voiceover on a black screen, the opening 24-minute section consists of a retelling from Onur’s perspective of their doomed courtship, from their first meeting in a seaside bar in Mersin, Turkey to the eventual murder. Pelin (Eylül Su Sapan) isn’t shown at all, while Onur (Çaglar Yalçinkaya) is only present in his constant, steady voiceover. The only images are of the places–or what are assumed to be the places–described in the voiceover, where the various events took place. The effect is immediately tantalizing and mysterious; even if it is clear to the viewer exactly in which direction this strange romance is headed. The moment-to-moment detail of the voiceover is engrossing, the locations themselves are given an almost hypnotic, Resnaisian feeling in the frequent use of diagonal framings and lush synthesizer music, and the casting of these modern locations as their 2000/2001 counterpart implicitly (but crucially not explicitly) invites a consideration of how they may have been changed as a result of this violent action.

This mindset is carried out further in the rest of the film–bridged by an expertly deployed instance of the always wonderful arthouse trope of putting the title card relatively late into the film–which functions as a reenactment of the first night that Pelin and Onur spend together. In practice, this almost takes a Before Sunrise approach, though the relative bliss is inherently offset by the specter of the death to come. Çevik further bolsters this feeling through his considerable formal control, surprisingly utilizing 2.39:1 to dynamic effect, favoring carefully arranged, elongated close-ups and even an extended Hongian two-shot (minus the pans and zooms). Barring a rupture on the occasion of a poem reading, the sequence is conveyed in an entirely forthright manner, allowing for a careful building of chemistry between the two actors, both of whom have an appealingly earnest, guarded quality.

Like many a great film, Belonging is simultaneously simple in its complexity and complex in its simplicity, and its particular qualities are ones that offer a great deal to ponder both during and after viewing. Its personal aspects are evident–in the prologue, Çevik says that he hopes this film will allow him to stop stumbling over themes of death and killing in his own work–and yet genuine connection, between the doomed lovers, between the film and the viewer, is the overriding sensation. That sense of coexistence, of harmonies formed and broken, lie at the heart of this remarkable film, and in every way feels very promising indeed.

Belonging plays at New Directors/New Films 2019 and is streaming on FestivalScope through April 22.