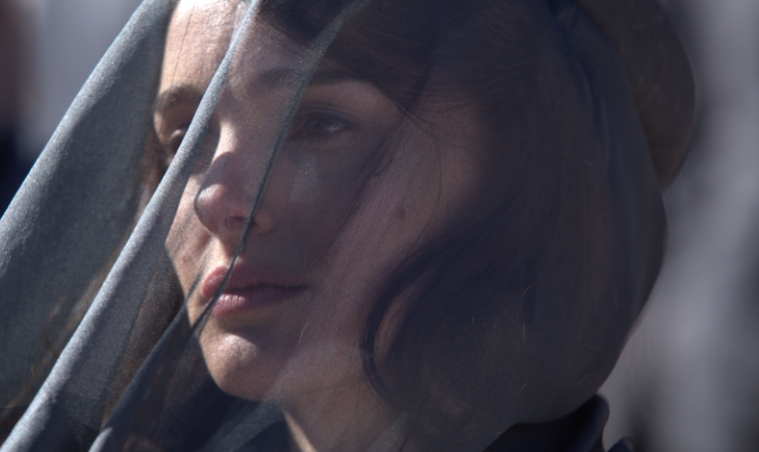 It’ll be hard for me to read, hear, type, or say the title of Pablo Larraín‘s new film without hearing ’60s-era Scott Walker and a charging backing band, but most have been kind enough for me to think Jackie can stand on its own. Most of the praise for his Natalie Portman-led biopic of First Lady Jacqueline Kennedy has concerned its lack of resemblance to the typical story-of-a-great-figure mold, critics having noted its formal boldness. You’ll get a taste of that in the first preview, which Fox Searchlight have released in advance of its December opening.

If one would like to preserve surprise and instead get a more subjective sense of Jackie‘s greatness, read our review. As we said, “It’s one of three films to be released by the prolific director in 2016 (alongside El Club and Neruda), as well as his first to be made in the United States and English. Such changes in surroundings might have thrown a lesser director off, or at least compromised their style, but Larraín’s conviction, signature moves, and leftward-leaning politics appear to have remained intact. Produced by Darren Aronofsky and boasting a staggering, disorientating string-based soundtrack from Mica Levi (Under the Skin), Jackie has the sophisticated psychological aesthetic of a Jonathan Glazer movie but focuses on one of the most contentious and traumatic events in U.S. history. How’s that for radical filmmaking?”

See the trailer and, because we’re already here, a performance of Scott Walker’s “Jackie” below:

JACKIE is a searing and intimate portrait of one of the most important and tragic moments in American history, seen through the eyes of the iconic First Lady, then Jacqueline Bouvier Kennedy (Natalie Portman). JACKIE places us in her world during the days immediately following her husband’s assassination. Known for her extraordinary dignity and poise, here we see a psychological portrait of the First Lady as she struggles to maintain her husband’s legacy and the world of “Camelot” that they created and loved so well. Jackie will enter a limited release on December 2.