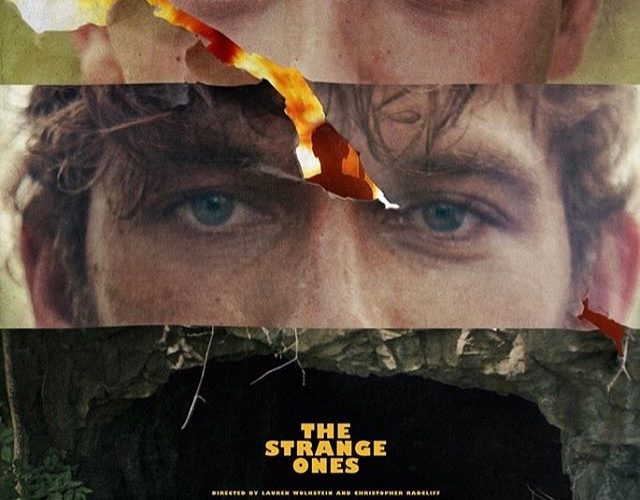 Montclair Review: ‘The Strange Ones’ is Exceptionally-Directed, Maddeningly Plotted

The Strange Ones is a maddening, yet exceptionally-directed debut feature from acclaimed short filmmaking duo Lauren Wolkstein and Christopher Radcliff, adapted from their 2011 short the film of the same name. Opening with a series of images, The Strange Ones never gives away the story, allowing us to wonder with two guys whom seem to be brothers, Nick (Alex Pettyfer), the protective older one, and Jeremiah (James Freedson-Jackson), the younger one. Running from a burning house revealed to us quickly in the film’s evocative opening sequence, they soon find themselves in a motel where desk clerk Kelly (Emily Althaus) offers to let them stay for free off-season. Nick, it would appear, has been providing additional compensation to Kelly, although looks can be incredibly deceiving as Jeremiah berates Kelly for trusting Nick, claiming him to be cruel, violent, and gay in a chilling monologue.

Nick seemingly holds special supernatural powers, telling his young brother he can control whatever he’d like with his mind, making the coffee cup before him disappear. While the direction is top-notch, the weakest link is a script that leaves perhaps too much at the margins, a frustrating decision, especially when dealing with material that’s as provocative as what this film explores. What follows are spoilers, although The Strange Ones is an experience that relies so heavily on what occurs off-screen that these reveals may be subject to interpretation.

After fleeing the motel, Nick and Jeremiah find themselves in the woods. A gun battle ensues and Jeremiah is found by a colony of children led by Gary (Gene Jones), a kind man at first, although his agenda is never quite clear. Taken in by child services, it’s soon revealed Jeremiah’s real name is Sam and he is the victim of sexual abuse and in fact may be struggling with his own sexuality. At this point the film may reward a re-watch as it reveals itself to be much less straightforward, as it had appeared in its earlier passages.

Where The Strange Ones goes, however, is slightly off the deep end, creating a complex web of alternative realities so much so perhaps the only subjective person we can trust is Detective Reynolds (Melanie Nicholls-King), but then again who knows and is it worth caring? While Wolkstein and Radcliff do not make light of child abuse, and the film’s adventures thankfully don’t veer into the absurd as they had in Zach Snyder’s Sucker Punch — a big-budget studio film with a similar premise and coping mechanism — the film surely could have benefited from a little more grounding.

Despite its overall narrative obliqueness, scene to scene The Strange Ones proves to be an engaging, well-made film masking the absurdity of its various levels and alternative realities. Well-acted by lead James Freedson-Jackson, the film takes its subject matter more seriously than it takes its plot. It’s one of those films that captivates in the moment until it all falls apart.

The Strange Ones screened at the Montclair Film Festival and opens on January 5.