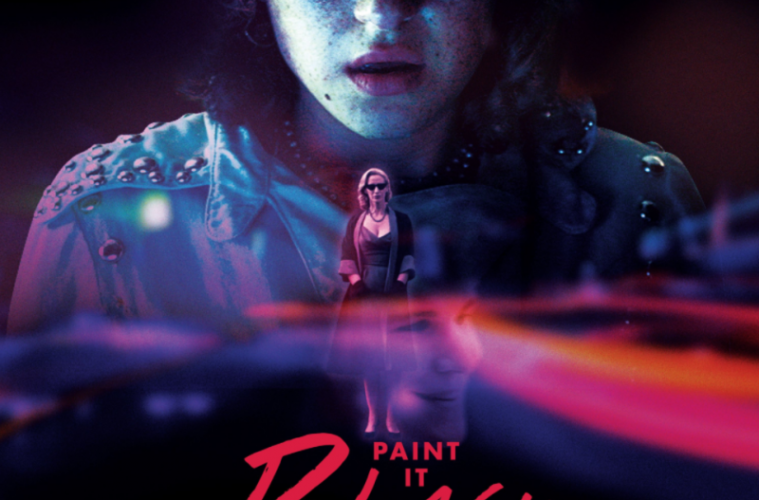 Montclair Review: ‘Paint It Black’ is an Impressive Directorial Debut by Amber Tamblyn

In Amber Tamblyn’s impressive debut feature Paint It Black, a suicide sets up a tug of war between two unlikely interconnected foes: Josie (Alia Shawkat), a student who gets by modeling for a drawing class, and Meredith (Janet McTeer), a wealthy pianist, the mother of Josie’s ex-lover Michael (Rhys Wakefield). Opening in an ambitious daze, Josie awakes without Michael and heads to a punk club in her low rent L.A. neighborhood for an all-night bender. She then wakes up to a phone call from the police that Michael has taken his own life in a motel down in Twentynine Palms, California.

Arriving at the funeral, Josie is unexpectedly attacked in church by Meredith before she’s invited for out for a drink with Meredith’s ex-husband Cal (Alfred Molina), who offers his support to Josie. What follows is an ambitious character study morphing from a straightforward drama to a good ol’ fashion brawl as Meredith threatens to have Josie killed. The film strikes Hitchcockian notes in its second act as it becomes a chamber drama contained within Meredith’s eerie mansion that, despite the presence of guest and house staff, feels empty. She has arrived after finding her apartment raided of all of her possessions, including Michael’s writing. Lensed by Brian Rigney Hubbard, the home is presented almost entirely in candlelight as a hypnotic, uneasy place that reminded me of the trance I found myself in while watching Roman Polanski’s Venus in Fur.

Adapted from Janet Fitch’s novel by Tamblyn and Ed Dougherty, Paint It Black is an emotionally frantic yet visually restrained drama that provides a showcase for leads Shawkat and McTeer, who are at the top of their game in similar pain as Meredith and Josie find common ground in deceptiveness and manipulation. The game, though, is far more somber than the melodramas it seems to have been influenced by; the tinge of camp that might be found in Nicholas Ray or Douglas Sirk is missing in Paint It Black, which plays the emotional beats with extreme sincerity. Even its brawl is not treated as a comic set piece, although it is out of character for Meredith. who seems more psychologically menacing than physically menacing. It’s surprising she’d want to get her hands dirty.

Paint It Black is a promising debut for Tamblyn, paying tribute to melodramatic masters of Hollywood’s past. What occasionally feels theatrical is punctuated by tender moments of Josie and Michael’s romance, as he kept a journal of their courtship. What drew him to suicide might be the very reason Meredith repents and Paint It Black does something new with grief, contrasting how these two women mourn and remember their beloved Michael.

In her first time behind the camera, Tamblyn shows a full command of technique, and while Paint It Black isn’t quite as bold and as brilliant as its influences, it is none the less captivating, anchored by two stellar performances and sincere drama that offers a few unexpected twists along the way.

Paint It Black screened at the Montclair Film Festival and will be released on May 19.