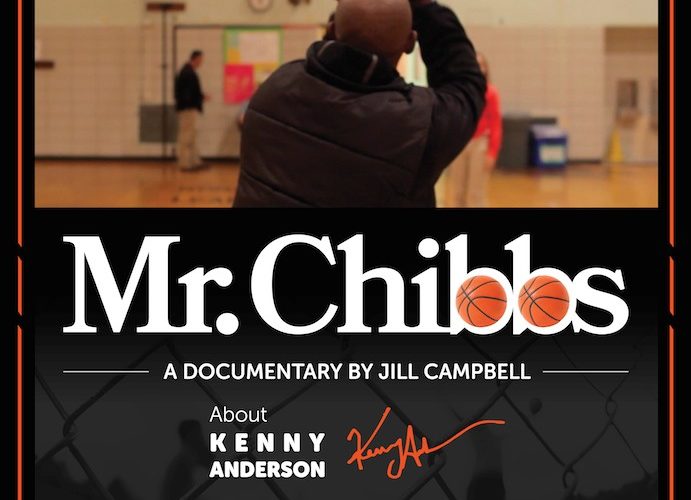 Searching for meaning in retirement, Kenny Anderson, an NBA All-Star in 1994, finds himself at a crossroads: he’s a charming man who gets exactly everything he wants in his life, only to screw it up. He’s got a great family, nice homes, opportunities for success, and yet still enjoys partying at age 45. It gets him in trouble far beyond an international incident that could spark its own documentary. It’s an episode Kenny would rather not remember and, as the subject of the film, it’s quickly brushed aside by director Jill Campbell.

Mr. Chibbs is a minor biographical documentary, following Anderson’s efforts to transform his life against a few odds. Early in the film, it’s reported he looses his gig coaching at a local high school after a DUI. He’s still well-liked, even if externally the school’s principal chooses to distance themselves from him, offering Kenny the advice that he ought to become a student of the game of coaching. Coaching is one avenue Kenny is willing to explore as he visits various locations and friends that have shaped him searching for meaning.

Campbell’s direction, however, comes up short in scenes, bouncing from location and narrative thread without ever really closing the loop. It’s less a biopic and more of a verité examination of what Kenny Anderson does all day. In direct address Anderson, known as Chibbs and later Mr. Chibbs, offers some context on his relationship with his late mother, as does wife Natasha. The film ends on an explosive revelation that could have been an entry point for another film about trauma and repression, and had that information been known up front, it might have caused us to view the film in a different light.

Edited by Paul Lovelace and Joshua Woltermann, Mr. Chibbs offers us too little as Anderson faces his demons head-on, including a bankruptcy. Perhaps desperate for cash, he flies to North Korea to join Dennis Rodman and Kim Jong-Un for “basketball diplomacy,” claiming to not understand what had happened until Natasha explained why many were upset over the visit. The film’s most interesting moment lasts only a few minutes and ends in a Piers Morgan interview that required some introspection from Anderson.

Mr. Chibbs is a slight picture, but one that is not without significant interest: this is what a mid-life crisis looks like and Anderson is engaging as he flirts with young women in a club and other admirers, despite the pain felt by his wife when she discovers he’s having an affair. The film is restrained — this is not a reality TV hit job — but the problem is that it glosses over many interesting parts of Anderson’s life while he goes on a type of soul-searching tour. It is as if the film was not part of the soul-searching, but more or less an ancillary annoyance for him.

Mr. Chibbs screened at the Montclair Film Festival and is now in limited release.