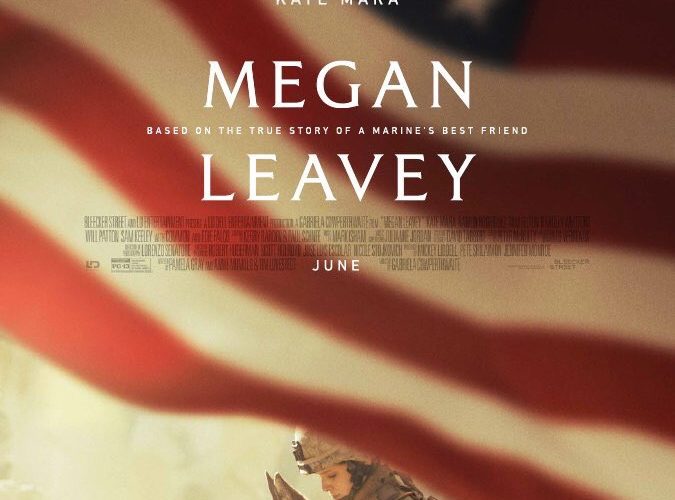 Side-stepping the more explicit aspects of war, the biopic Megan Leavey focuses on the story of a woman who finds a higher calling, though not of a religious variety. A wild child from a broken Rockland County home, she ultimately finds the kind of camaraderie she’d been missing in her upbringing through a canine. Played masterfully by Kate Mara, Leavey is an aimless young woman who leaves a dead-end daycare job, deadbeat mom Jackie (Edie Falco), and life behind to join the Marines. Despite the discipline instilled, she still finds ways of returning to her old self, including one drunken night in which public urination lands her a reassignment to the K9 unit under the command of Gunny Martin (Common), the kind of tough love commander who tells it like it is while providing mentorship to those that ask.

After some time in the kennel, Leavey aspires to work her way up to a handler, overseeing the stubborn canine Rex at Camp Pendleton in California. Leavey is told early on by a boss that she’s not quite a people person and, although she seems to be well-liked by her unit, she never quite bonds with anyone like Rex — that includes a love interest Morales (Ramon Rodriguez), a fellow handler from New York who she meets in Iraq while on tour.

Exploring the emotional bonds between animal and human, the narrative feature debut of documentary filmmaker Gabriela Cowperthwaite (Blackfish) is an engaging drama that doesn’t set out to address questions of sexism in the armed forces. Leavey is simply there to do her job amongst other strong women of tremendous will, and the film celebrates their accomplishments even if it glosses over the brutality of war. An inspiring PG-13-rated film, it’s fair to ask if it does the horrors faced by Leavey justice in the wake of two incidents that earn her a Purple Heart.

Working from a screenplay by Pamela Gray, Annie Mumolo, and Tim Lovestedt, Megan Leavey is, in passages, narratively efficient as it celebrates the work and bravery of handlers and their dogs who go to great lengths to detect explosives. While the film is full of small triumphs and restraint in its matter-of-fact approach that veers away from big speeches and profound melodrama, it’s not without its tender emotional moments. Leavey seems like a reluctant subject for a biopic and Cowperthwaite resists turning the story into a pumped-up war picture like American Sniper. Rather, it is set in a fairly traditional mold that is not nearly as narratively sparse as one of the greatest films about a women and her dog, Kelly Reichardt’s masterpiece Wendy and Lucy.

Cowperthwaite’s interest is in the connection between Leavey and Rex as she struggles to adopt him with the assistance of the media, a physical and online petition, and the megaphone of Senator Chuck Schumer (distractingly played by a Fred Galle who bears little resemblance to the popular New York Democrat). While the majority of the film focuses on bonds built in combat, humanizing warriors both human and K9, the most well-known portion of Leavey’s story is found in the third act.

This last section explores PTSD and re-entry as Leavey returns home and finds herself at odds with her mother. It’s treated as a fact and major plot point which may or not be emotionally dishonest. I suspect it’s influenced by the parts that Megan Leavey chooses to represent and omit when telling her life story, a right that appears to be respected by Cowperthwaite, whose previous works required documentary proof. It is this honesty and respect for privacy though that leads to certain characters feeling a bit underdeveloped, including Leavey’s father Bob (Bradley Whitford) and love interest Morales, while Leavey’s interesting and painful early life is somewhat glossed over.

Megan Leavey is an ambitious, yet restrained drama that celebrates the military while refusing to punch up the melodrama and action as an aggressive male filmmaker may have. The film celebrates warriors of all species, providing a subtle pro-military message that’s free from the rousing pomp one comes to expect from the genre.

Megan Leavey screened at the 2017 Montclair Film Festival and will be released on June 9.