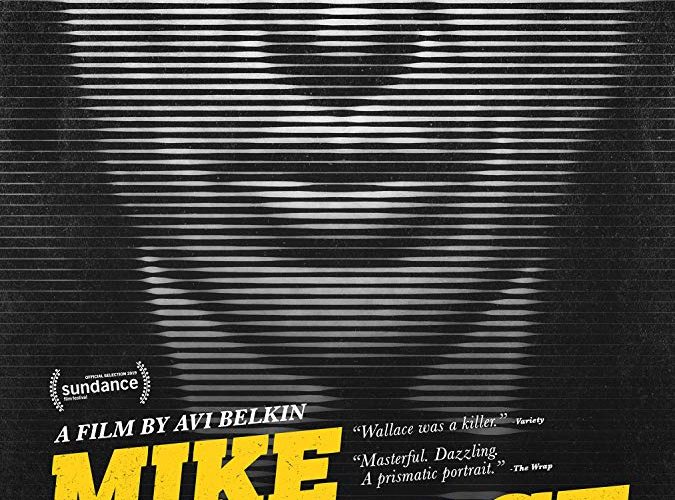 Directed by Avi Belkin, Mike Wallace Is Here is a fascinating look at a television personality etched in a different time. Though he died in 2012–long after the advent of cable and the slow fade of network dominance–Wallace made his name on asking hard questions to tough subjects on the TV magazine show “60 Minutes,” his pieces dominating the conversation of the moment more than a few times over many, many years.

The film is comprised completely of archival footage and interviews, some in which Wallace is the interviewer, some in which Wallace is the interviewee. There is a diligence to the research here that demands respect. Belkin does not shy away from every angle of the newsman, who in one clip admits to being a “not very good” father and in another set of clips reveals himself to be something of a hypocrite: in one instance Wallace reacts badly to being asked a question about his multiple marriages, in the other Wallace asks Larry King the same exact question.

Often, Wallace comes off as a mean son of a bitch, more than a couple of the interview subjects admitting as much to his face. And while his career trajectory is discussed–from radio man to ad man to newsman–Belkin is clearly more interested in Mike Wallace the person. The tragic death of his son Peter is covered quickly but intensely, as is his struggles with depression. Never does the film dive too deeply into process or procedure, save for its exploration of the revolutionary television programs “Night-Beat” and “The Mike Wallace Interview.” The focus is primarily on the emotional components of Wallace’s psyche and its effect on those around him. Not surprisingly, one recalls the recent HBO documentary The Newspaperman: The Life and Times of Ben Bradlee, similar in subject and in tone.

This documentary moves at a nifty pace, making perhaps too much use out of the Chromatics track “Tick of the Clock.” Despite one or two obligatory Trump clips as well as a moment from Wallace’s interview with a younger Vladimir Putin, Mike Wallace Is Here avoids the politics of today, instead examining how the man influenced the coverage of the politics of today. The advent of”60 Minutes” truly was a turning point, regarded as mostly entertainment by many at first, now thought of as a relic of a more honorable, objective time in news journalism. Some of Wallace’s biggest stories on the program (Ayatollah Khomeini, Jeffrey Wigand) are reflected on, those moments just as engaging as ever. Even seven years after his passing, that formidable presence and iconic voice envelop every frame.

Belkin is clearly in awe of his subject, warts and all, and hopes we will be as well.