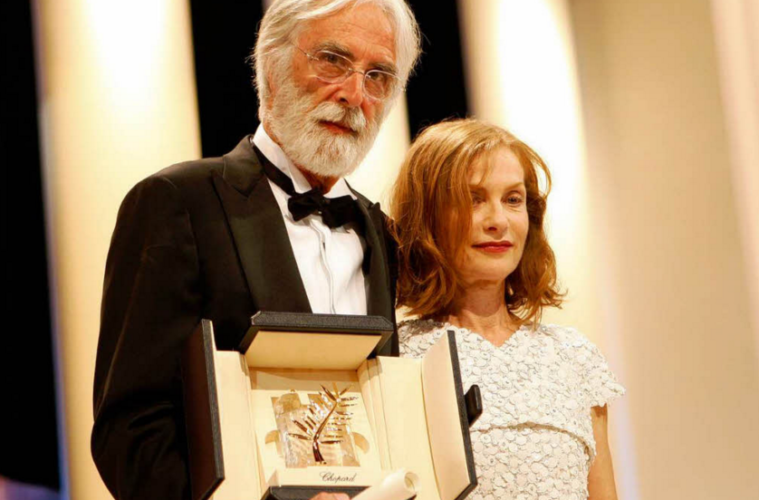 Update: Producer Margaret Menegoz has confirmed, while speaking to Screen Daily, that the film will shoot this summer, and expanded existing details in saying it concerns a “bourgeois, European family, blind to what is going on in the wider world around them.” See the original story below.

Ever since his project Flashmob fell apart, news has been slowly trickling out on Michael Haneke‘s next film. Earlier this year, it was confirmed he’d be reteaming with his Piano Teacher and Amour star Isabelle Huppert, and now we finally have confirmed details on the project — including another cast member to add to the ensemble.

Set to shoot this spring in Calais, France, it’s titled Happy End, according to French outlet Le Figaro. The legendary Jean-Louis Trintignant, star of Haneke’s most recent Palme d’Or winner, is also returning. While plot specifics are still waiting to be unveiled, the subject of migrants will be “woven” into the plot, but not the main focus of the film, which will also center on “family,” according to producers. With location-scouting already underway, expect this one to turn up at Cannes in 2017.

As we greatly anticipate the film, we’ll leave you with some words from Huppert about choosing projects. She told Interview Magazine, “The choosing of a role is so difficult for me. That’s the real challenge: to choose the role, not to do the role. Once you’ve chosen them, the process is much easier. Some roles are easier to choose, some roles are more difficult because they are more daring. Sometimes you have to dare.”

She adds, “I pick someone like Erika in The Piano Teacher, for example, it was a daring choice which I never regretted afterwards. Sometimes you have to go that far. If it wasn’t for [director] Michael Haneke I would’ve certainly been a lot more intimidated and I’m not sure if I would’ve dared doing it. Given that it was Michael, I knew what he was capable of, and I knew I was going to be protected. Even if you are protected, at some point you are also exposed. But it’s important to be exposed.”

Are you looking forward to Haneke and his Amour stars collaborating again?