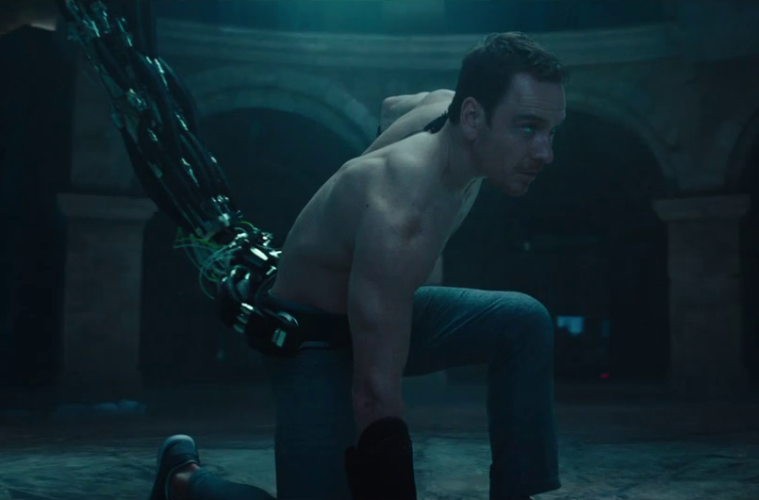 One conclusion the marketing team at 20th Century Fox seem to have arrived at with their latest blockbuster fantasy Assassin’s Creed is that everyone likes Kanye West — or at least they think so. The new international trailer has just been released, and it is a truncated baby-version of the first domestic trailer. It hits all the musts: Michael Fassbender sleeping, Marion Cotillard conceit-splaining to a confused Fassbender, a CGI bird flying over Fassbender, face paint on a stern Fassbender, and jumping murders from the sky by Fassbender. This is all over Kanye West’s “I Am A God,” widely argued as a poor decision for a film set during the Spanish Inquisition. Truth be told, a more apt description is that it’s a blockbuster film based on a blockbuster video game franchise started in 2007 that has found its way into the zeitgeist of 15-to-30-somethings, so I believe Kanye works fine.

(Truthful) jests aside, this is actually one of the more promising entries in the truly thriving video-game-to-big-screen-adaptation canon. With Snowtown and Macbeth helmer Justin Kurzel once-again leading Fassbender and Cotillard, Assassin’s Creed could get right what so many others have gotten wrong. Kurzel has a very strong sense of visual language — you can practically watch his Macbeth with the sound off and still get a deeper understanding of what is happening behind basic blocking and action — and his application of color palettes and slow-motion seem tailor-fitted for a larger excursion like Assassin’s Creed. What remains to be seen is if he can balance large studio requirements with regards to tone, plot, and not to mention overall structure with a satisfying entry for fans of cinema and video games alike. In this climate, that is no small feat.

See the international trailer below, along with a new behind-the-scenes featurette.