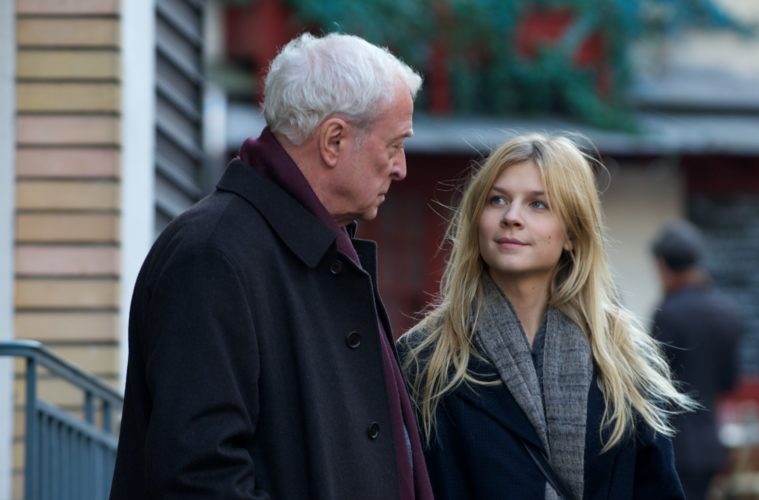 When he’s not taking part in the latest Christopher Nolan production, Michael Caine occasionally swings into independent territory. With his last effort in the arena being the revenge thriller Harry Brown, he’s going in the opposite direction for the heart-warming crowd-pleaser Mr. Morgan’s Last Love.

Playing a lonely widow who finds new love and a will to live, we’ve got our first stills from Sandra Nettelbeck‘s (Helen, Mostly Martha) film last year, but now the debut trailer has landed. Some of the editing here looks a bit off, but it seems like a pleasant enough drama. While no U.S. release has been set yet, and check out the trailer below for the film which also stars In Bruges and 127 Hours‘ Clémence Poésy, as well as Gillian Anderson, Justin Kirk, Jane Alexander and Anne Alvaro.

Update: The film will hit theaters/VOD on November 1st and one can see the U.S. theatrical trailer below. MR. MORGAN’S LAST LOVE is the bittersweet tale of a lonely American widower in Paris who learns to love life again after a chance encounter with a beautiful and vibrant young woman. They both spend a short but precious time together — a time that touches their hearts and changes their lives.

From the day Pauline lends him a helping hand on the bus, the stubborn, weary Matthew Morgan stumbles back to happiness. Swept off his old feet by the young woman’s disarming vitality and unwavering optimism, the quiet teacher becomes an unlikely student of living. In their everyday adventures of walks through Paris, lunches in the park, and trips to the country, the odd couple explores the treasures of friendship, the comfort of companionship, the taste of romance — and the meaning of family.

Through their mutual restoration of faith in people who care, Pauline embraces the idea of a new kind of family while Matthew finally reconnects with his estranged son Miles, who in turn finds himself deeply affected by the changes in his father. What begins as Miles’ and his sister Karen’s frustrated attempt to bring Matthew home to the US, leads to consequences in Miles’ own life that he never expected. Just in time, father and son learn to respect each other again, to let go of the past and let in the future — and in their life lessons, they each in their own way find love and hope again.

What do you think of first trailer?