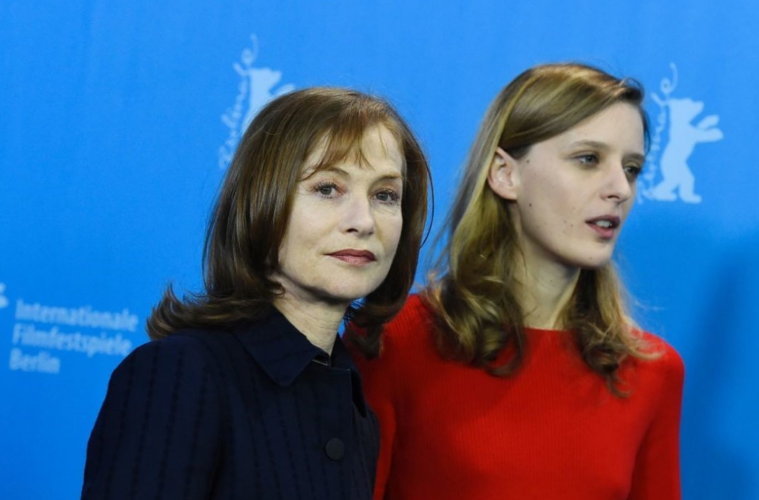 Having broken onto the scene as a young actress in the films of Olivier Assayas, Paris-born filmmaker Mia Hansen-Løve moved into directing with All is Forgiven in 2007. Her star grew with the release of her fourth feature, Eden in 2014, a film based on her brother’s experiences in France’s electronic-music scene in the ‘90s. Her latest work, Things to Come — the story of a Parisian philosophy teacher, Nathalie (Isabelle Huppert), whose life begins to unravel — opened to glowing reviews at Berlinale last week, not least our own. We got the chance to speak with the director during a roundtable at the festival and one can read the conversation below.

The Film Stage: How was it directing Isabelle Huppert? Did you give her a lot of directions or did she want to do it her way?

Mia Hansen-Løve: When Isabelle Huppert decides to take on a role, she gives the director an extraordinary amount of trust. Neither of us believes so much in abstract psychological indication on characters. We are both very pragmatic and concrete in working, and we are keen on finding the truth of a scene. We believe that you can find the truth in a scene only in the rhythm, which is something you build when you shoot the film on the set.

It is amazing, the ability that Isabelle has in the performance — and that’s what gives the rhythm, of course. She came to see me once and suggested five or six different ways to say um. I selected the one that was the one that she acted with a great deal of sincerity. But actually, she didn’t act them — she would never act the um — but she would say, “Do you mean um like she’s skeptical, or do you mean um like she really likes it, or do you mean a mixture of both or…”

Talking about the rhythm, the flow of your films is sort of like a trademark. Do you write the script with that in mind?

I think I learned a lot from Eden. That was a much more complex film with a higher scale and scope — unlike this film, which is more simple, in a way. However, I still thought about rhythm. I have always had it in mind since my very first feature, the speed and the dynamic and the flow of a film. But I learned a lot with Eden and transferred it to this one. I learned a lesson.

It was also due to the subject of the film. This film could have been quite dark and could have shifted towards melodrama; that was something that I didn’t want. I wanted it to be as true to life as possible, and so the rhythm was a way of counterbalancing that risk. It helped me to stick to reality. Eden had its beginnings in your brother’s own life. Does this have any real life basis or reference?

Well, as soon as I think of a fiction, it is a fictional work, and so it distances itself from the source of inspiration. I mean, this case is autobiographical due to the separation of my parents and the fact that both were teachers.

Was your mother as strong as the character in the film? Nathalie doesn’t play the victim. She goes forward and she’s very strong.

I was witnessing that kind of strength in my mother, which is very far from the way that I am. I was witnessing her stoic attitude. You know, I fear I would collapse in this situation. I think that strength comes from that fact that she’s a philosophy teacher. This doesn’t mean that philosophy gives us strength in general, but the fact of having to deal with the process with thought and with reasoning has to have an impact on your approach to life. That was one of the reasons that I decided to make the film: to understand where that strength came from, especially when you know the strength that she has.

Do you think it has any relationship to that fact that religion doesn’t play such a big role in France?

I think that is a very interesting question. How do you find your inner force? How do you find meaning in life when we live in a secular world? It’s not easy, especially in French society, and this is very well described in the scene where Isabelle is on the bus and she is quoting Pascal. Not having enough faith to be able to rely on it, or having too much and not being able to rely on your mind — it’s a very contemporary issue that has to do with the difficulties that we experience in finding the meaning of life in the absence of God or religion.

I think it is a very topical issue. We see how not having references might attract you to religion, but if you’re not a believer then you are forced to be free and to find your own freedom. It’s not an easy process.

May I ask if you are a believer?

I’m not, but I wish I was. I’m not a believer, but I’m not an ideological artist. I do believe in the divinity and the invisible dimension but I was never able to believe in God. But even though, for me, there is no God, still the question of the quest for God is very much present in all of what I’m doing. You say Nathalie is stoic, but stoicism knows that happiness is to have no desires. But she seems to argue that if you have no desire, you’re not living.

Well, that’s the ambiguity of the whole film. Nathalie says things that are often in contradiction. When her husband goes and she says, “Oh, well. I’m taking this very well,” and that’s not true. It’s the unconscious that is always at work, and it’s never repressed by her. It comes out when she makes a speech — the final speech on Russo — of having to sublimate our desires and to give them up. You know she can deny the desire that she feels for this young man because you know she cannot act on it. But behind her façade there is this stoic and very central woman, and consciously you know that she has those qualities.

Most films are about people who are desperate to get somewhere and your films, to me, are always a story about learning how to let go of things. Would you agree?

Yeah, totally. Thank you for saying that. When I started I really had to explain or defend the idea that my characters were not necessarily going from A to B or knowing exactly what they wanted. In films it often feels like the director always has to know. Like they have one goal in life. It feels so different in my own life and the lives of the people around me. I mean people look for themselves. They don’t know where they are. Most people are questioning, you know. I always try to fight in order to make films that are truthful to my observation of life and to my own vision of what life really is about.

Things to Come premiered at the 2016 Berlin International Film Festival and will be released in the U.S. by Sundance Selects.