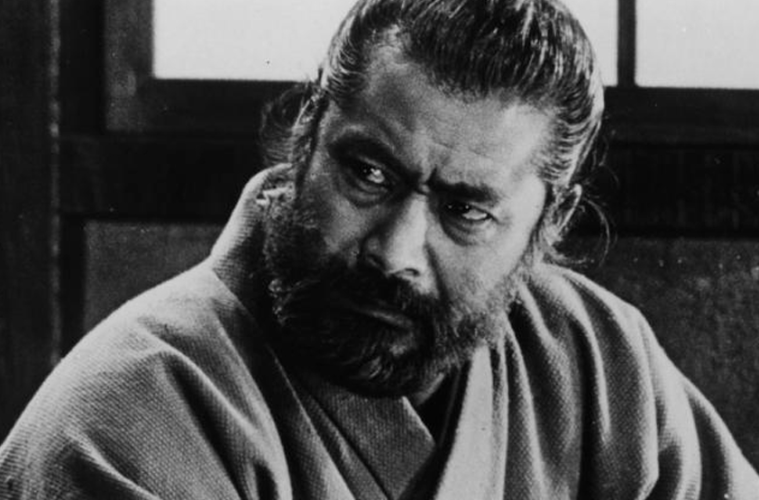 Toshiro Mifune will get a long overdue star on the Hollywood Walk of Fame, Japan Times reports.

My one regret after that production — or the one I remember in this context — is that I didn’t get to go to most of the orchestral scoring sessions. I made it to one. But the orchestra loved him. He always worked with a lot of the same players. Unlike most composers, he also conducted. He was classically trained. It was his room and they were sure to make something great. If I thought maybe there was something that wasn’t supporting the picture, he could turn on a dime and make it work.

At The New Yorker, Richard Brody says free yourself from the cult of Marlon Brando:

American movie culture produces different kinds of actors, who are by and large vastly superior in movies but who suffer from a lack of cultural cachet—which is to say, they’re demeaned by critics, and even by many in the industry, for their lack of overt connection to traditional high culture. For instance, it took John Wayne—who was, along with Humphrey Bogart, the best American movie actor who ever lived—until 1969 to win his virtually honorary Oscar. (Cary Grant, the other comparably great actor in the classic era, was British but utterly non-Shakespearean, and he never won one at all). Henry Fonda, nominated only twice, won once, at age seventy-six. Many of the other great studio-era actors, such as Dana Andrews, Robert Mitchum, and Sterling Hayden, and many of the greatest moderns, including John Cassavetes and Elliott Gould, were never nominated for Best Actor; both Rock Hudson and Steve McQueen were nominated once and didn’t win. Anthony Perkins wasn’t nominated for “Psycho,” and, just as Alfred Hitchcock himself never won for Best Director, no actor in a Hitchcock film, besides the Shakespearean Laurence Olivier, in “Rebecca,” was ever nominated.

Watch a video on the moments of style and passion in Xavier Dolan‘s Laurence Anyways:

There’s a scene in The Virgin Suicides in which the neighborhood boys, who have long lingered on the sidelines of the Lisbon sisters’ lives, reach out to the girls over the phone. After hearing a single “hello,” they drop the needle on Todd Rundgren’s “Hello, It’s Me,” holding the receiver up to the turntable speakers. The girls call back with “Alone Again (Naturally),” with the boys responding with The Bee Gees’ “Run To Me,” and suddenly a very real conversation begins to happen between the teenagers, entirely through music.