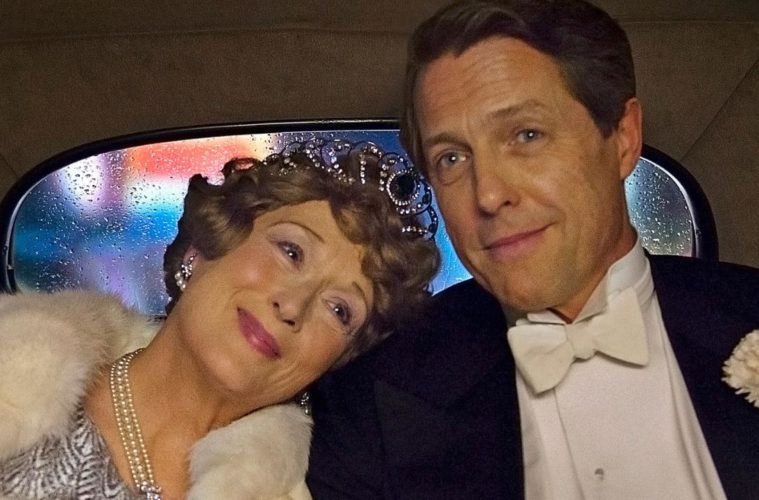 Getting a fairly quiet release this weekend is Stephen Frears‘ Lance Armstrong biopic The Program (our review from TIFF) and, as usual, he’s not wasting much time finishing up his next feature. Florence Foster Jenkins, also a biopic, but one of a very different variety, stars Meryl Streep, Hugh Grant and Simon Helberg, and today we have the first trailers.

Coming from the U.K., where it will get a release in May ahead of U.S. distribution by Paramount, it shows off the true story of the New York socialite who dreamed of becoming a top singer, but could barely carry a tune. Like much of Frears’ past dramedies, it looks perfectly pleasant, even if we might prefer Ricki and the Flash when it comes to Streep-led music dramas. Also starring Nina Arianda and Rebecca Ferguson, check out the trailers below.

The comedy drama directed by Stephen Frears (Philomena, The Queen) tells the inspirational true story of the eponymous New York heiress who obsessively pursued her dream of becoming a great singer. The film celebrates the human spirit, the power of music and the passion of amateurs everywhere.

The voice Florence (Streep) heard in her head was divine, but to the rest of the world it was hilariously awful. At private recitals, her devoted husband and manager, St Clair Bayfield (Grant), managed to protect Florence from the truth. But when Florence decided to give her first public concert at New York’s Carnegie Hall, St Clair realised he had perhaps bitten off more than he could chew.

Florence Foster Jenkins opens in the U.K. on May 6th.