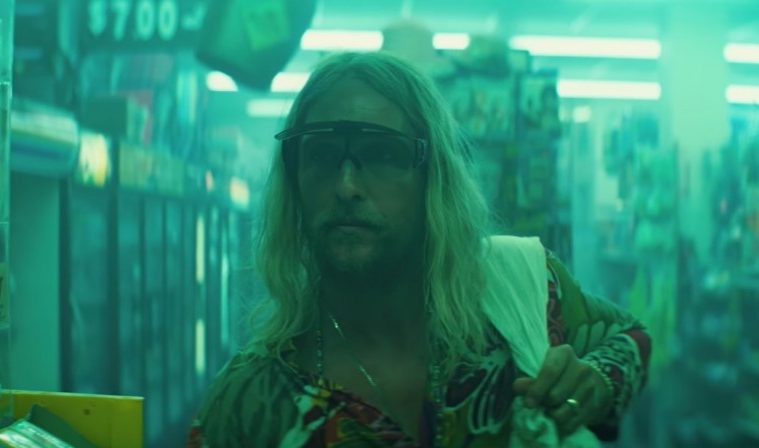 After creating not just a hit, but a film that seeped into the culture with Spring Breakers, Harmony Korine has had a difficult time getting his next project off the ground. There was his ambitious-sounding crime drama The Trap that never materialized and he still seems to be working on an adaptation of the controversial Tampa. He’s finally now back with The Beach Bum, which stars Matthew McConaughey as Moondog, “a rebellious and lovable rogue who lives life large,” who gets into “hilarious misadventures.”

While we thought it might show up this year, NEON has set it for a March 2019 release, perfectly timed with a likely SXSW premiere. Also starring Isla Fisher, Snoop Dogg, Zac Efron, Jimmy Buffett, Jonah Hill, and Martin Lawrence, the first teaser shows off another vibrant, one-of-a-kind experience from Korine. Shot by Benoît Debie (Enter the Void, Spring Breakers), check out the first red band teaser below.