Lunana: A Yak in the Classroom Review: Bhutan’s Oscar Hopeful Appreciates Matters of the Heart 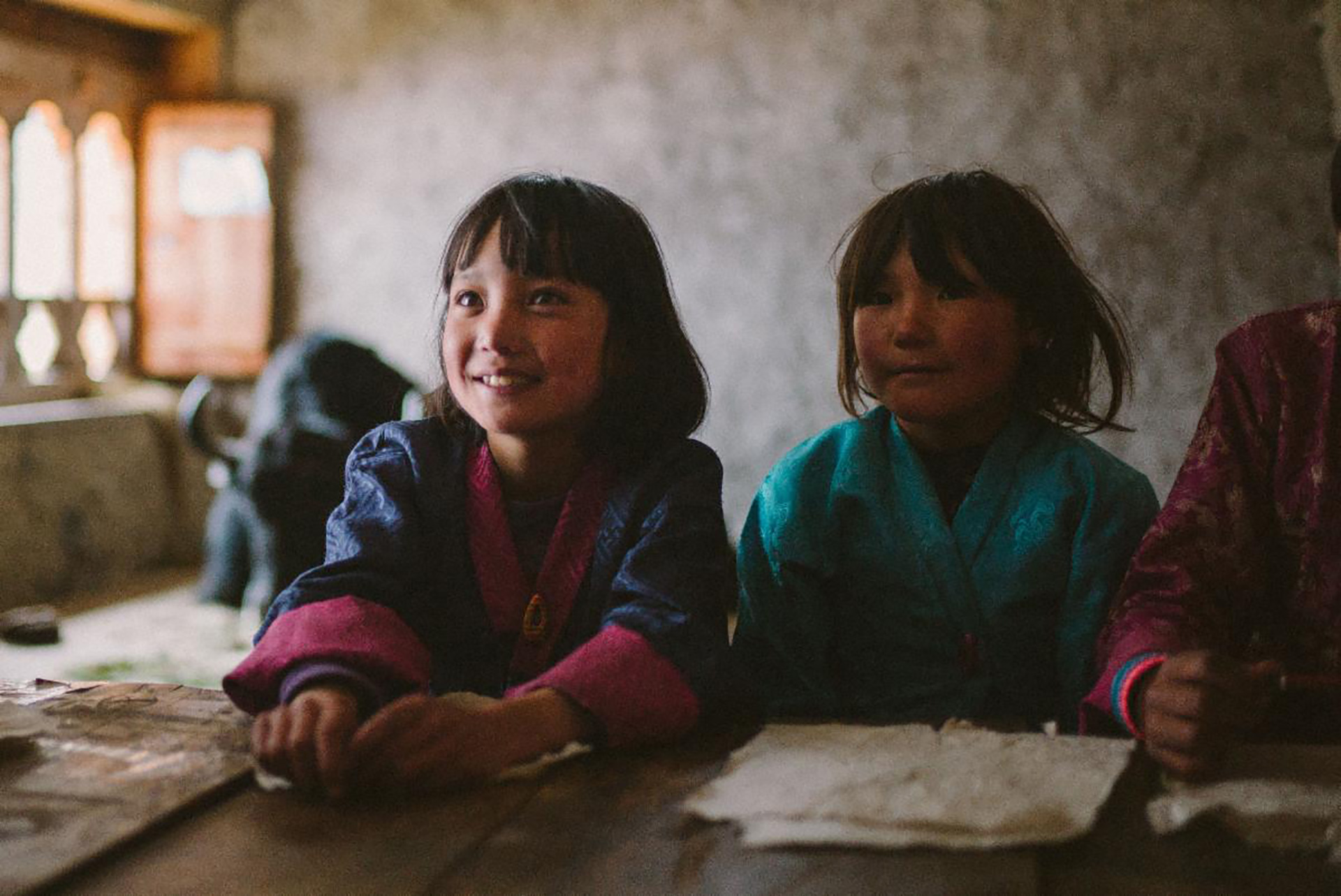 Raised by his grandmother after his parents’ deaths, Ugyen (Sherab Dorji) is considered lucky by his friends. He became a teacher and is just one year away from finishing his mandatory government contract, yet the thing he’s discovered most during that time is the unfortunate truth that his heart isn’t in it. So while he’ll complete his tenure, his dream of immigrating to Australia to pursue a singing career is all that’s on his mind. And everyone knows it—including his boss. As punishment for his constant tardiness and obvious disinterest, she declares that his final posting will be at the so-called “most remote school in the world.” At almost twice the elevation of Bhutanese capital city Thimphu and an eight-day hike from the nearest town, Lunana awaits.

Pawo Choyning Dorji’s feature debut Lunana: A Yak in the Classroom captures the juxtaposition of big-city living and small-town surviving in a way that resonates beyond its cultural specificity—we all understand the contrast. Whether we’re talking about cool, young artists being shipped off to a yak-herding village devoid of electricity or a New Yorker finding themself in a Middle American ghost town, the notion of simplifying one’s life and appreciating matters of the heart over material gains shines through. That’s not to say there isn’t purpose in this setting, though; Bhutan is often labeled as the “happiest country on Earth.” Such generalized statements are, sadly, for tourists more than inhabitants. The latter still see home as a limitation. They work hard to escape.

And therein lies the caveat that too many films with this subject matter refuse to acknowledge. Storytellers too often make the contrast binary rather than allow for the complexity of wanting to keep one foot in both worlds. Ugyen shouldn’t be vilified for daring to want to leave. He shouldn’t be coerced into staying by cute kids, a newfound respect for teaching as a vocation, or the potential for true joy away from technology’s iron grip on modern life either. There needs to be middle ground—room to open your eyes to the latter in ways that bolster your decision to do the former. Because leaving home doesn’t have to be about assimilation. It can also be about teaching the world what Bhutan has to offer.

As with any ambitious twenty-something, however, that which Ugyen is often takes a backseat to what he wants. We see it in how he carries himself—and not just with strangers. When a friend offers a betel nut he looks at it with disgust. When his Lunana guide Michen (Ugyen Norbu Lhendup) asks if he wants to sing traditional yak-herding songs with him Ugyen says he doesn’t sing “those types of songs.” This is a man with city vices who regales Thimphu bars with English-language pop songs. He’s fighting against Bhutan with every breath he takes and has no shame when obviously letting others know they’re “wrong” for not following his lead. The one person most in need of a lesson about his country is Ugyen himself.

What better way to teach it than in Lunana itself? Dorji took his crew to the village and set up shop at its actual school with many locals filling the cast—including 9-year-old Pem Zam as the precocious “class captain” welcoming Ugyen to town. They relied upon solar batteries for everything and leaned into customs (like using dried yak dung to start fires) for their narrative and comedic relevance, letting this stranger-in-a-strange-land scenario play out on Lunana’s terms. That means respecting the locals as people with something to offer rather than country bumpkins to look down upon and appreciating the meaning they bestow upon singing, paper, animals, and the hope of “returning” in this life or the next. They remind Ugyen that his worth goes beyond any potential paycheck.

The question remains: will he stay or go? Though I won’t spoil the answer, know that neither choice is wrong. The point of this journey of the soul is to discover his “correct” answer. That means weighing the profound impact he’s had on Lunana against his yearning to see what he can build for himself across the ocean. It means listening to both the Village Headman (Kunzang Wangdi’s Asha) and resident “best singer” Saldon (Kelden Lhamo Gurung) when they say this is their home and they’ll never leave. Ugyen treated his grandmother like a child when she spoke similar sentiments earlier and he probably would have laughed in Saldon’s face upon arrival to Lunana, but now he gets it. Contentment can be happiness. And he can want more.

It’s about compromise and empathy, showing what’s in your heart rather than what’s in your head, and knowing when you’re going through the motions. Maybe if Ugyen taught in Lunana first his aspirations would have been different. Maybe teaching in a big city to apathetic youths like him drove him to believe his job was meaningless. To see Pem Zam and her classmates smile is to conversely see the future, as Asha is prone to say. To feel the sense of love that strangers have for his ability to provide their children options they didn’t possess is a powerful thing parents who only care about grades can never match. Is Lunana better than Thimphu as a result? No. It’s not worse either. Home is what we make it.

Lunana: A Yak in the Classroom is now available on Digital HD and VOD.