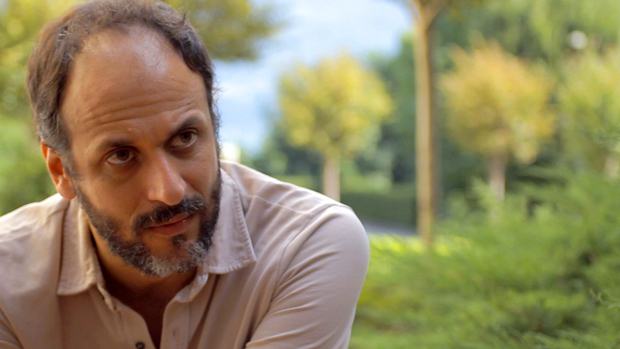 Further embracing the pulpy side that’s apparently served him well on A Bigger Splash, Luca Guadagnino is looking to next remake Dario Argento’s Suspiria. The project, to which David Gordon Green was once attached, has been mentioned at the end of a Variety interview posted earlier this week, but was more fully explained (and made far more intriguing) at the Venice press conference, seen below. According to HitFix, “one of the reasons Guadagnino has set Suspiria as his next project is because he wants to reunite with Dakota Johnson, Matthias Schoenaerts, Ralph Fiennes and Tilda Swinton, his primary cast from A Bigger Splash.” So good was the experience on this film that helmer and stars “want to try to make it an annual experience.”

Guadagnino will set his version in Berlin circa 1977, running in accordance with the release year of Argento’s film and making a slight location shift, and in this iteration focus on “the concept of motherhood and about the uncompromising force of motherhood.” Johnson in the Jessica Harper role and Swinton as Mater Suspiriorum are the first two guarantees, then? This already sounds like it could be worthy of Suspiria‘s mantle. In other news, Deadline tell us Edgar Wright‘s Baby Driver, a film we haven’t heard much about in several months, is close to adding Jamie Foxx in a major role. The “rock-and-roll car chase film,” concerns a getaway driver with a penchant for and reliance on good escape music; somewhere along the line, he’s “coerced into working for a crime boss, [and] must face the music when a doomed heist threatens his life, love and freedom.” Ansel Elgort and Lily James will be leading the picture, and one presumes that, when young and attractive people are already secured, the third bit of casting in a romance-crime film would be the crime boss. Should that be the case, this is taking yet another step towards something special — but we’d be saying that about another Wright picture regardless.

Variety have learned that Doug Liman and Tom Cruise will make an Edge of Tomorrow reunion on Luna Park, another sci-fi endeavor — this one following “a group of renegade employees who venture to the moon to steal an energy source.” This stage of development on the long-gestating project is tentative, given that Cruise is perpetually busy — Jack Reacher 2 and a new Mission: Impossible are both expected to go before cameras within the next twelve months or so — but development on a new draft is apparently evidence that things are going well.

François Ozon has nabbed César winner Pierre Niney (Yves Saint Laurent) for his currently shooting feature, Frantz. The picture, in a typically mysterious set-up, follows Anna (Paula Beer), a woman whose fiancé, Franz, was killed in World War One. While visiting his grave on a daily basis, she meets “a mysterious young Frenchman” named Adrien who also pays his respects; what emerges is “unpredictable reactions in an environment that bears the scars of Germany’s defeat.” Marie Gruber, Ernst Stötzner, Johann von Bülow, and Anton von Lucke also star. [Cineuropa]

Reported, too, is that Albert Serra (The Story of My Death) will direct Jean-Pierre Léaud in a short film, The Death of Louis XIV, which will “relive the last days of the monarch in his deathbed.” Shooting is to begin in a few weeks, and more should arrive in coming months. [El Blog del Cine Español and Cine Maldito]