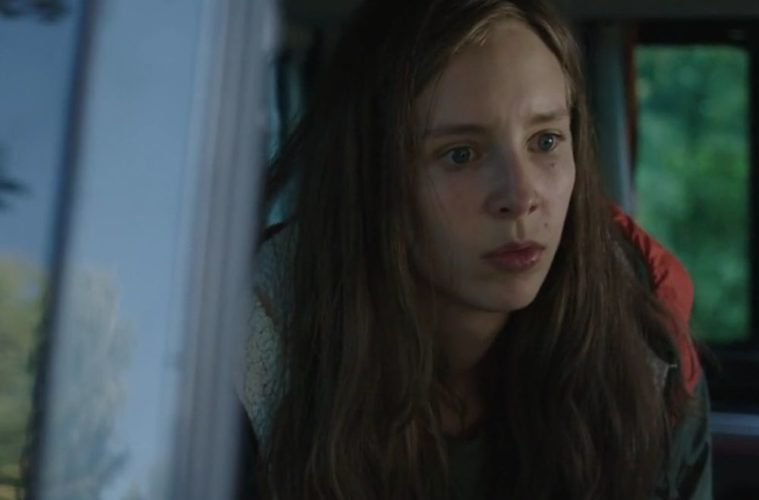 Locarno Review: Ulrich Köhler and Henner Winckler Cut to the Bone with ‘A Voluntary Year’

In Ulrich Köhler’s 2018 film In My Room a man escapes–and thus finds catharsis–from his floundering, grown-up city life only after waking up to find that he, for all the movie’s intents and purposes, is the last man on earth. Köhler’s latest, titled A Voluntary Year and co-directed by fellow Berlin School alum Henner Winckler, takes a botched attempt at escape as its background but finds little of that same catharsis. It does, however, pick at the same nagging little wounds: the idea that people are, by nature, liable to break the further they bend to society’s expectations and the sanest option might be to jump ship and chill.

This has been the great theme of Köhler’s work as it has been of many of his contemporaries: we saw it in Grisebach’s Western in 2017 and Schanelec’s I Was at Home, But… earlier this year, and of course most ecstatically in his partner Maren Ade’s Toni Erdmann, in which Sandra Hüller’s corporate climber gradually gave in to her father’s propensity for YOLO. The father-daughter dynamic of Voluntary Year speaks of a similar intergenerational discordance but is sketchier still. Dad, resident GP of a small German town, wants daughter to sod off to Costa Rica for a year to volunteer so he can give her room to a migrant lad named Murat. (Two desultory good deeds, one stone.) Daughter, bristling with angst and anchored by a heady and perhaps unhealthy relationship, has other ideas.

The daughter is named Jette, played by relative newcomer Maj-Britt Klenke who excels as an angsty adolescent despite being born in 1992. The dad (Sebastian Rudolph) is Urs, an unappealing man who seems determined to live up to the brusqueness of his own name. The film, in spite of its title, takes place over the course of roughly a day and a half, beginning as Jette leaves for the airport. The plan is very much a result of her father’s obsessive micromanagement–a levee of frustration that is set to break–but it is scuppered when Urs decides to pay his brother a visit en route. He is looking to reclaim Jette’s camera but instead loses his head.

It is a tremendous opening sequence, expertly directed by Köhler and Winkler–who find incredible tension in the unlikeliest of moments, allowing the anxiety to build through a series of complex compositions that show both Urs’ mental breakdown (foreground) and Jette’s dissolving commitment to the trip (background). Urs’ frustration levels rise as he takes to breaking and entering, first through a neighbor’s balcony and later with a drill to the door; Jette is meanwhile seen out of focus, far behind at street level as her ex-boyfriend (Thomas Schubert) arrives. They have a lovers’ squabble that quickly switches to making out and, before Urs has a chance to protest, Jette is whisked away to the airport in the family car where she is, at the last moment, convinced to stay. The film is chiefly concerned with the resulting fallout.

Köhler, Winkler, and cinematographer Patrick Orth’s (who shot In My Room & Toni Erdmann) approach–and the mood and aesthetic they create–are very much of a piece with what we have come to expect of them and their peers: naturalistic performances; a sort of faux realist mise-en-scene; tiny, borderline surrealist flourishes; and a mocking, comic absurdity that hangs like a damp, overcast day. Those surrealist touches, often used as a metaphor to suggest the draw of our truer natures, more often than not come in the guise of wildlife: firstly in Urs’ back garden where livestock are seen wandering about, and later as Jette runs into a wild boar.

It is not without flaws (Jette’s irrational behavior, for one, feels rushed at times and even a touch misogynistic in an otherwise delicately considered film) but it is a thrillingly taut piece of work, brilliantly written with tragedy and humor hand-in-hand, and boasting the kind of pared-down direction that makes every moment feel significant. Köhler and Winkler seldom relent from reveling in their characters’ flaws but their film is just as enamored with and endeared by those scrambling human imperfections. Urs is a detestable man: hated by most of the community for his self-righteousness, willingly oblivious to his daughter’s needs–his objectification of his brother’s new girlfriend to his face as Jette weeps in the next room is a particularly low ebb. Voluntary Year is Jette’s movie but it might be characters like Urs–problematic males who hide their fragile masculinity behind machismo and perfunctory good deeds–that drive these filmmakers, making their work so daring, so close to the bone, and so profound.

A Voluntary Year premiered at the Locarno Film Festival.