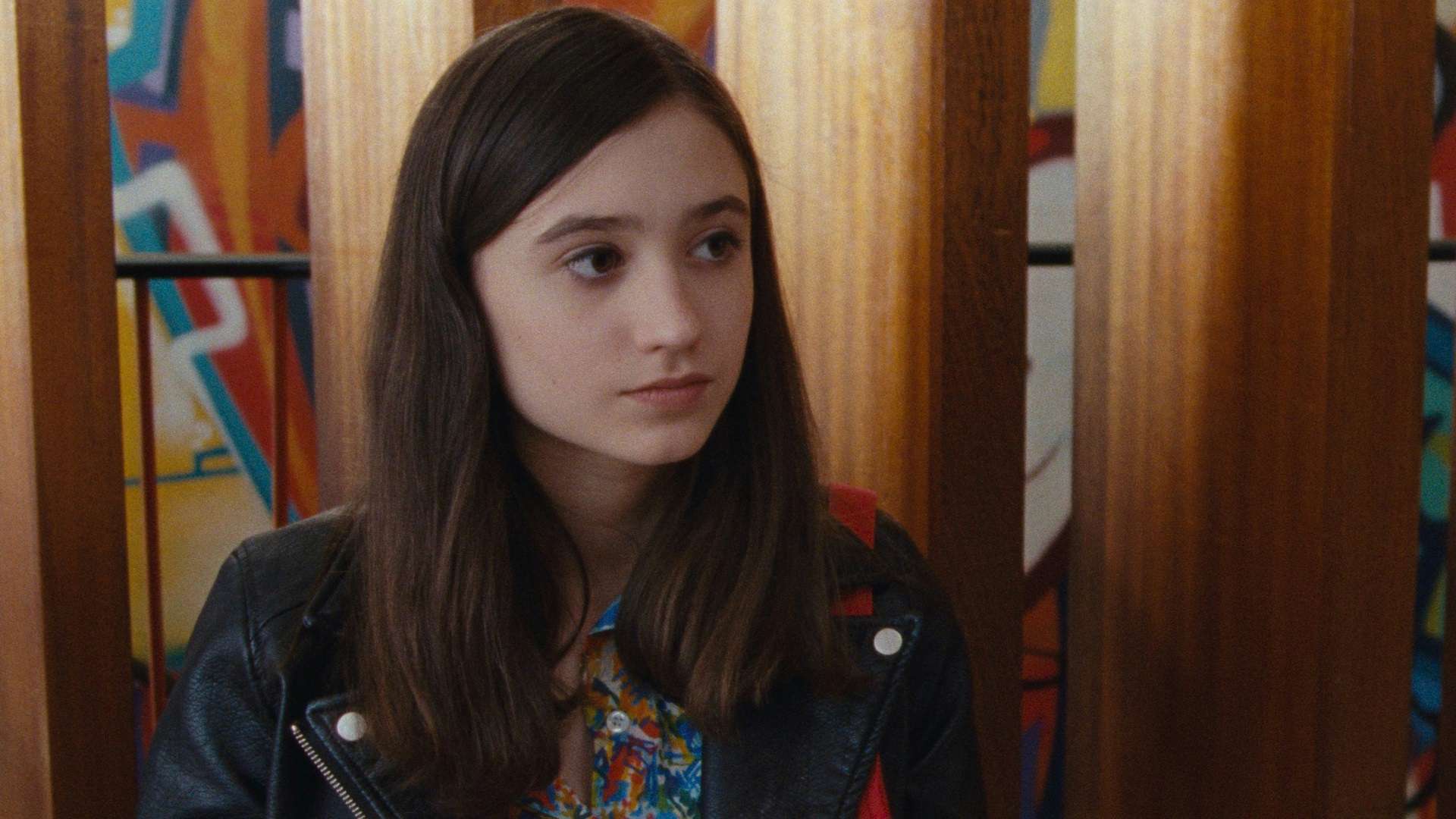 A mood of heightened melodrama gives way to something strangely enchanting in Petite Solange, the story of a 13-year-old girl coming to terms with the shattering notion that her parents’ love (and for that matter anyone’s) might not last. The director is Axelle Ropert, a French critic, actor, writer, and filmmaker whose career has pivoted between the genre films she and her partner, Serge Bozon, have collaborated on (La France, Madame Hyde) and her own body of work behind the camera. That personal side to her oeuvre has always tended more toward the familial and the bittersweet (The Wolberg Family, The Apple of My Eye), just as it has proven Ropert a keen proponent of the Tolstoyan idea that happy families are only intriguing when torn apart.

Petite Solange centers around the unlikely named Maserati clan (“a luxury car, do you know it?”): a happy family and one ripe for the tearing. Newcomer Jade Springer gives an excellent performance as the eponymous teen, a young woman who finds herself on the precipice of some of life’s harder truths (that Ropert’s title alerts us to her slightness (imagine a young Natalia Dyer) is no accident; her’s is a film that thrives off our consternation.) Solange is the household’s youngest, next in line to brother Romain (Grégoire Montana), a bookish type on the way university, and a lad with about as much personality as his leafy namesake. Mom is Aurélia (Léa Druckner), a stage actress of some local renown (in the film she is appearing in Brecht’s The Good Person of Szechuan, another story of a young girl whose inherent goodness became her undoing); Dad is Antoine (Philippe Katerine, all comb-over and flares), a music shop owner who embarks, somehow, on an affair with his younger assistant (Chloé Astor).

It is a film of two contrasting halves: Solange’s warm and fuzzy naivety and her cold coming of age. Working with cinematographer Sébastien Buchmann (who assisted Eric Gautier on Pola X), Ropert has it filmed in the melodramatic tones of late Ozon, all pastels and high emotions (although the most interesting thing about her film is how those colors ultimately fade.) It is, for long swathes, as absurd as it is ham-fisted, yet by the film’s soured and sobering close there are apparent reasons why. Divorce dramas are no stranger to the screen (we need only look to the recent success of Marriage Story––or indeed, the career of Noah Baumbach) and Ropert is hardly the first to take the younger peoples’ perspective. Yet in trying to show events not just from Solange’s vantage but also somehow tinted by her safeguarded and loving naivety, her film feels novel.

There is also a sense of anachronistic playfulness in Ropert’s decision to use techniques of classic melodrama to tell such a young person’s story. Solange and her best friend Lily (Marthe Leon) are so clearly Gen Z (amongst other things, Ropert shows them giving an adoring presentation on Greta Thunberg) yet the director films it in a style reminiscent of the 1950s (at one point, while writing up her homework, Solange sheds a tear so big it almost blots out the entire page.) Ropert also isn’t afraid to leave some threads dangling; a peripheral but nevertheless significant love interest with a bad boy at school is notable for its disappearance. Not everything comes off: the tricky tonal balancing act is frankly lost on some of the performers (Katerine, in particular, seems oddly miscast) and more than a few of Buchmann’s knowingly eager camera moves come across as rather clumsy. Luckily, Springer is more than up to the task and carries the film with a wonderfully nuanced and moving performance that belies her lack of experience. The actress’ reactions in the moment when her character receives a scarf from her brother would be a highlight even without the gift’s clear symbolism and subsequent repercussions.

How Ropert pivots between these two phases of her film––the two phases of Solange’s young life––is also worthy of note: arriving in the shape of a formative lonely night on the Parisian streets. It begins with a barman asking Solange her age as she desperately waits for her brother to return home, having fled a parental quarrel. She stays and mainlines a few hot chocolates, falling further into heartache, but then decides to go for a walk; here she has an encounter with a keyboard, and a marching band, and later finds herself along the Seine in a moment so melancholy and poetic it wouldn’t look out of place in a Leos Carax film. It is a beguiling shift, one to burden the temporal lobe, and expertly executed by Ropert, who leans into her film’s hitherto underused surrealism just before her story sobers up.