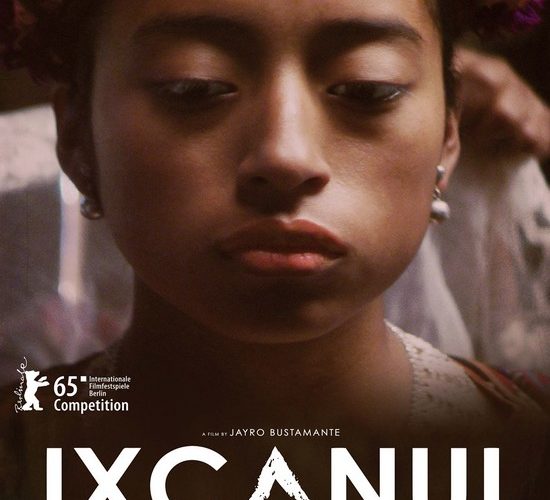 Guatemala’s first-ever entry for the foreign language Oscar is an absorbing, beautifully-shot drama of cultural ritual and the drive of one young woman to escape a rudimentary social system. Set in a small coffee plantation village under the shadow of a giant volcano (the Ixcanul of the title), we follow Maria (Maria Mercedes Coroy), a quiet, introvert teenager who nonetheless dreams of shaping her own destiny.

Maria wants to join her on-off boyfriend Pepe (Marvin Coroy) as he contemplates a trip to the United States, “somewhere on the other side of the mountain,” he contends, where “the electricity always works.” Her family, however, has other plans as they set her up to be married to their boss Ignacio (Justo Lorenzo), the plantation foreman, a union that might rectify years of strife of having only one daughter as their offspring. In an effort to untangle herself from the forced marriage, she allows Pepe to drunkenly have sex with her, in the hope that it might make him consider more seriously taking her north to the US. But he leaves without a word one night, leaving a pregnant Maria to find answers for her disappointed family and a husband of a soon-to-be-marriage that hasn’t been consummated yet.

Her efforts to abort the unborn baby using rituals and ceremony fail, and in one botched attempt she is taken to hospital in the city, when the film juts explosively into modernity. The rift between the indigenous peoples – Mayan Kaqchikel is the spoken language in this community – and the Guatemalan Spanish-speaking population is writ large, as is the country’s history of exploiting its indigenous community.

Calmly, hypnotically directed by first-timer Jayro Bustamante, we see how the women in this story – Maria and her towering mother Juana (Maria Telon) – are far more engaged in day-to-day living than their male counterparts. The men drink and smoke, while their ancestral beliefs mean women are subservient lead to them to have an almost parallel livelihood. In one scene, when a doctor comes to talk to Maria about her unborn baby in hospital, Ignacio translates selectively in ways that help him to get what he wants.

Yet Bustamante, who grew up in the Kaqchikel region, clearly sympathises with the people’s sincere ways of life. But this courageously feminist film also attacks its simplistic, reductive vision of women’s life by showing the strength and energy inherent in its female members. Coroy is superb as Maria, demonstrating a commanding inner presence alongside her mother and a cast entirely made up of non-professionals. And in the hands of Luis Armando Arteaga’s camera, the volcano becomes a spiritual centre of a burgeoning sexual and social awakening.

Bustamante, who also writes, equally attacks the way the suits from the city take the profits from the plantation workers, paying so little that some coffee workers are kept in debt to their employers after they spend their money too quickly. Perhaps it’s a none-too-subtle quip at how often we Westerners stop to consider where our coffee comes from.

Ixcanul screened at the London Film Festival and will be released by Kino Lorber on August 19.