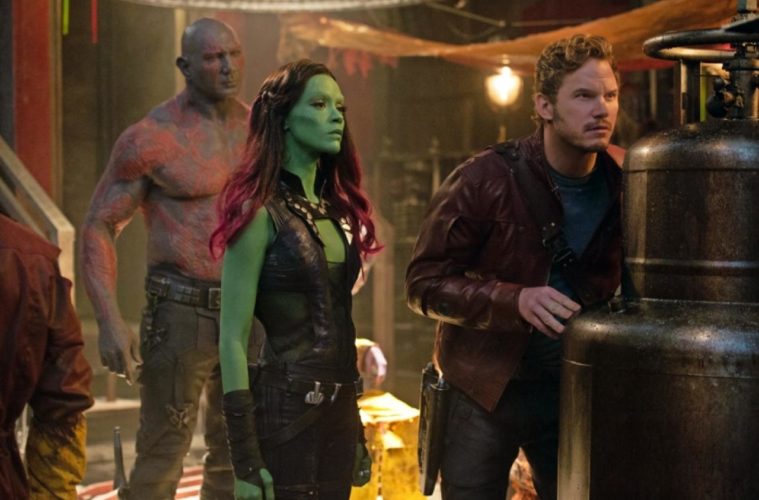 While the film has won the hearts of geeks before Marvel even announced its release date, it burrowed even deeper when James Gunn came aboard, followed by the cast, but will Guardians of the Galaxy connect with audiences? In fact, does it even matter? Marvel has had a winning financial streak like few others and even if the superhero space adventure disappoints, with films in the pipeline until 2028, we imagine they’ll still be more than comfortable.

However, it doesn’t sway away from the clear indication that Disney and Marvel are nervous about their latest tentpole. With just three weeks to go until the release, they showed 17 assorted minutes (that sweet spot between way too much of a tease and far from the full product) last night, most likely to fans that will be pre-ordering their ticket the first chance they get. They’ve now dropped yet another trailer; this time, it’s “extended,” yet running the same length as a normal, theatrical preview. This overkill is only the beginning of a media onslaught that will certainly include more clips, featurettes, and everything in between.

While I sincerely hope Guardians is an off-kilter, fun adventure that carves a new path for the studio, their uneasiness about what they’re selling is enough to instill some fear. All will be unveiled next month, and even sooner as press screenings are underway next week, but in the meantime, it would give us a bit more hope if Marvel had more confidence in this project. One can check out the full soundtrack below, featuring Jackson 5, Blue Swede, Marvin Gaye, David Bowie, and more, along with the extended trailer, and let us know if how you think Guardians will fare in the comments.

An action-packed, epic space adventure, the film expands Marvel Cinematic Universe into the cosmos, where brash adventurer Peter Quill finds himself the object of an unrelenting bounty hunt after stealing a mysterious orb coveted by Ronan, a powerful villain with ambitions that threaten the entire universe. To evade the ever-persistent Ronan, Quill is forced into an uneasy truce with a quartet of disparate misfits—Rocket, a gun-toting raccoon, Groot, a tree-like humanoid, the deadly and enigmatic Gamora and the revenge-driven Drax the Destroyer. But when Quill discovers the true power of the orb and the menace it poses to the cosmos, he must do his best to rally his ragtag rivals for a last, desperate stand—with the galaxy’s fate in the balance.

Guardians of the Galaxy opens on August 1st.