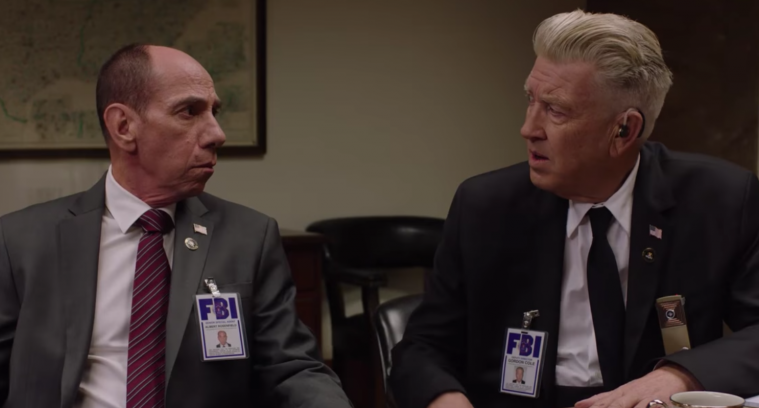 Considering the sheer amount of Twin Peaks episodes we’ll be getting this summer — 22% of which will arrive in exactly 10 days — there will be no shortage of new music accompanying them and today brings a preview of the score. Chromatics‘ Johnny Jewel has released his new solo album Windswept, and across the 14 tracks are some contributions to David Lynch‘s new season. While it’s not specified which will actually show up — we’d be the one featuring “Television” in the title is a good bet — it’s as ideal excuse as any to listen to his latest album.

Along with the full album, streaming directly below, Showtime has released another teaser, this time showing off more footage than we expected, including new characters (one played by Ben Rosenfield) and familiar faces, notably the late Miguel Ferrer who is seen alongside Lynch’s Gordon Cole. Along with mysterious shots of Cooper walking down dark corridors and driving at night, it’s another enigmatic tease, but there’s not much time until all will be revealed.

Twin Peaks premieres on May 21.