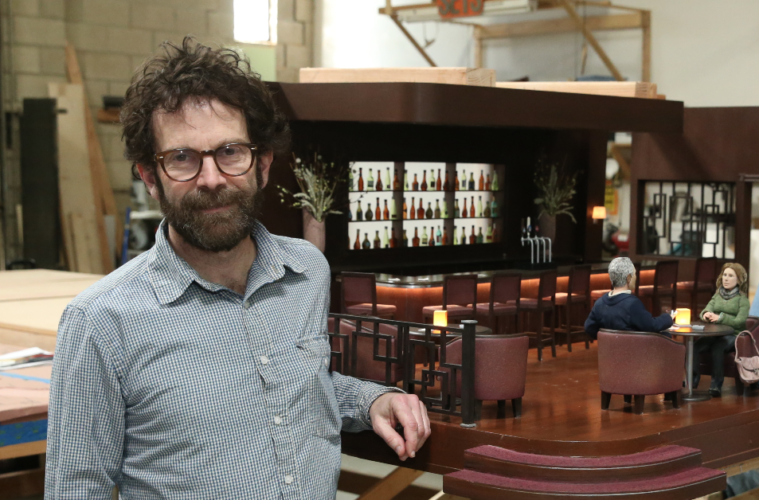 For much of his career, Charlie Kaufman has been an enigma of introspective storytelling, crafting characters and situations that feel all too real to his audience. With his latest feature, the highly recommended stop-motion animation Anomalisa, it’s afforded an unexpected opportunity to gain unprecedented insight into his career. After many other talks, perhaps the most extensive and fruitful has arrived with Marc Maron.

In the one-hour chat, Kaufman discusses not getting his first gig in entertainment until the age of 32 and failing to get writing work on Simpsons, Seinfeld, Mr. Show. He then jumps into his early collaborations with Spike Jonze and Michel Gondry with Being John Malkovich, Human Nature, Adaptation, and Eternal Sunshine of the Spotless Mind, as well as not taking to Confessions of a Dangerous Mind.

“I didn’t like it. That was a movie in which I was not consulted. I mean, George Clooney changed the script, he didn’t talk to me during production. We kind of didn’t get along,” Kaufman says. “I was invited to see the movie when he was pretty much done and I wrote a bunch of notes and gave them to him and I guess it was offensive to him.”

He then segues to his directorial work, including his career’s goal of trying to represent what it sounds like when we think, and he argues each of his films need to be watched a second time. He believes many that watched Synecdoche, New York didn’t want to give it that second chance for various reasons. Anomalisa co-director Duke Johnson then pops in and they dive into a technical and eye-opening look at the making of their stop-motion animation.

Check out the full talk below (via Maron’s site) along with B-roll, featurettes, and new behind-the-scenes images.

Anomalisa is now in limited release and expanding.