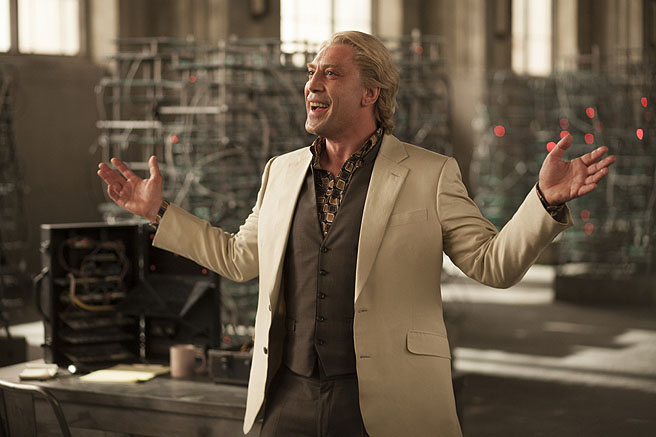 Following last week’s frenetic 50th anniversary of Bond, more from Sam Mendes’ Skyfall has made its way online. First up, Mendes has grabbed Thomas Newman to score his Bond outing, after working together on everything except Away We Go. After Film Music Reporter delivered the tracklist (which contains some spoilers, so head over to their site to see it), about 7 minutes of score has landed, and it already sounds like Newman has done a worthy job stepping in for David Arnold.

Following that, we’ve got a new TV spot and a 22-minute special which includes a great deal of behind-the-scenes footage mixed in with standard interviews from the cast, including Daniel Craig, Javier Bardem, Bérénice Marlohe, Naomie Harris, Ralph Fiennes, Judie Dench, Ben Whishaw and more. Check it all out below for the film arriving in US theaters exactly one month from today.