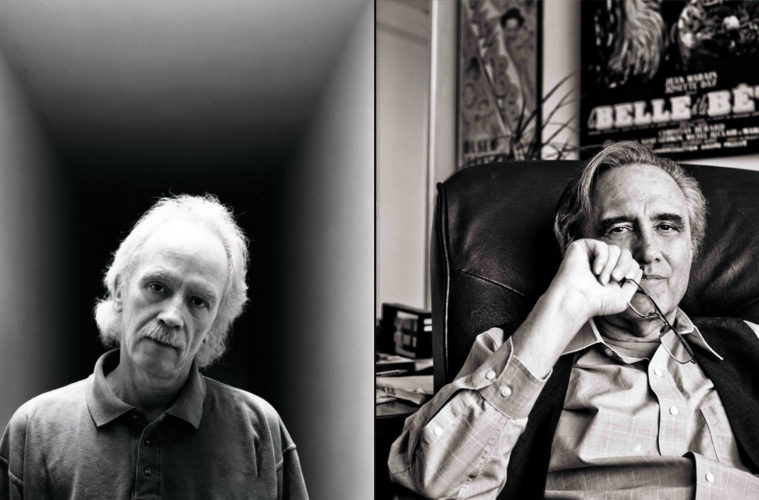 Genre filmmaking virtuoso’s John Carpenter and Joe Dante have had long-standing careers with widely-loved entries — The Thing and Halloween, Gremlins and The Howling, to name a few — in sci-fi, horror, and satire. Recently the pair — separately — sat down with WTF’s Marc Maron to discuss an array of topics ranging from their childhood and early cinematic influences to music and some politics.

Of interest from Carpenter is his discussion of his “Lost Themes” albums, an old cover-only rock band he started in Kentucky, growing up in a musical household, and not writing music but simply listening and improvising. He also discusses that the world of cinema “all became clearer in film school,” where he saw in-person lectures from huge names in the business such as Orson Welles, Hitchcock, and John Ford, among others. Hearing about his extensive musical background not only does the obvious of explaining his wonderful scoring of his own films, but also speaks to the rhythm many of his movies have — in editing, in acting, and in story progression.

Following that, Dante talks about growing up in New Jersey, where he would see movies in theaters that were ‘larger than life.’ He grew up in a household with no TV, only radio. So, as well as an early aural education in storytelling, he would get the wonderment of what a large-screen theatrical experience could give an audience member when he’d travel to the cinema on a Saturday to see a back-to-back feature paired with cartoons and a serial. He is also a self-described “cartoon freak” and “comic book freak,” all of which speaks to his deep love of genre filmmaking that would bud over the coming years. He also discusses editing trailers, where Federico Fellini liked his version of an edit better than the originals, which you can see below for Amarcord.

Listen to the full talk below thanks to Marc Maron’s site via the MP3 player or on YouTube.