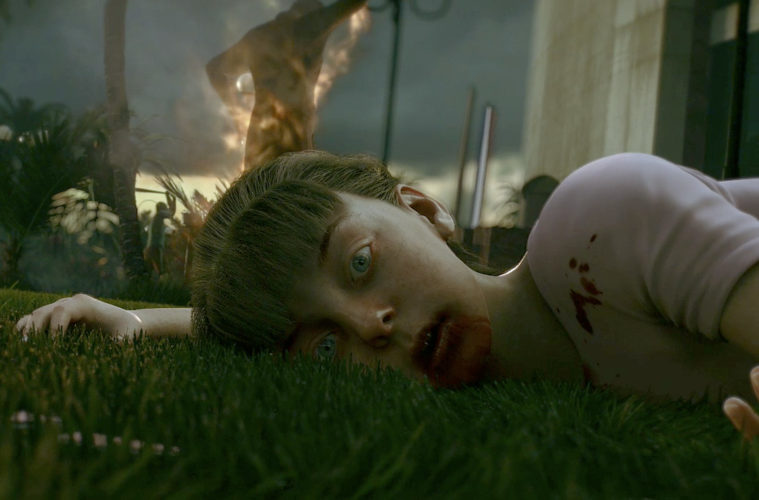 Lionsgate Lands On ‘Dead Island’ With ‘The Mummy’ Producer Remember when the internet went batsh*t crazy over the announcement trailer for the Dead Island zombie videogame? Soon after movie rights were apparently picked up, but that proved to be false. Lionsgate has now officially announced that they have optioned the rights and have entered the “early development stage” with producers attached. The Mummy producer Sean Daniel plans to oversee the production and the below press release states the film will “focus on human emotion, family ties and non-linear storytelling.”

I’ve also embedded the previous much-buzzed-about trailer below and although it seems like the game came and gone without the same level of buzz, this could prove to be a fun property. With Marc Forster‘s World War Z coming out next year and likely dealing with the same themes as above, it will be interesting to see if this one is necessary, or simply feels like a repeat.

LIONSGATE BRINGS DEAD ISLAND TO LIFE ON THE BIG SCREEN

Santa Monica, CA, September 27, 2011– LIONSGATE® (NYSE: LGF), a leading global entertainment company, today announced that it has optioned film rights from Deep Silver to develop a feature inspired by Dead Island, which became a viral media sensation when its haunting, artful trailer launched in February 2011.  The announcement was made by Lionsgate’s co-COO and Motion Picture Group President Joe Drake.

Dead Island is a global brand first introduced through a teaser trailer that told the story of a family on vacation at a tropical resort who is besieged by zombies.  Told in a stark, non-linear fashion, the wrenching trailer captured worldwide fan attention and unanimous critical praise upon its debut, receiving over one million hits in its first 24 hours online, and nearly 10 million views by two days after its debut.  Wired Magazine, College Humor and G4TV all called it the best video game trailer of all time, with G4TV adding “The Dead Island trailer is the best trailer I have ever seen in my life.  The best video game trailer.  The best movie trailer. The best anything trailer.”  The trailer went on to win the Golden Lion in Cannes at the International Festival of Creativity, the advertising industry’s highest honor, and it was featured by Adweek on their annual list of the World’s Best Commercials.

The video game Dead Island was published by Deep Silver for Xbox 360, Playstation 3 and PC.  It was released in the United States on September 6th, 2011 and was the number one selling game both in the U.S. and the U.K. upon its local releases.  The game has sold over two million units to date.

The game centers on vacationers whose island paradise becomes a living hell when a zombie outbreak quickly spreads.  Cut off from the rest of the world, the survivors have only the available materials and the island’s natural “weapons” to protect themselves from the viscous and growing legions of the undead.  In addition to the award-winning trailer and video game, the Dead Island intellectual property will be simultaneously developed by Deep Silver into forthcoming graphic novels, novels and other extensions.

Like the trailer that will serve as its primary creative inspiration, the film DEAD ISLAND will be an innovation of the zombie genre because of its focus on human emotion, family ties and non-linear storytelling.  Said Drake of the property’s acquisition, “Like the hundreds of journalists and millions of fans who were so passionate and vocal about the Dead Island trailer, we too were awestruck.”  He continued, “This is exactly the type of property we’re looking to adapt at Lionsgate – it’s sophisticated, edgy, and a true elevation of a genre that we know and love.  It also has built in brand recognition around the world, and franchise potential.”

The film DEAD ISLAND is currently in the early development stage with producers attached.  Sean Daniel (THE MUMMY, TOMBSTONE, DAZED AND CONFUSED) will spearhead production through his Sean Daniel Company.  A veteran producer with global franchises under his belt, Daniel is to be joined in producing by Stefan Sonnenfeld, who has been a pioneer in the post production field, using the process as a platform to create a unique visual brand with directors including J.J. Abrams, Michael Bay and Gore Verbinski.  Jason Brown of The Sean Daniel Company and Missy Papageorge for Sonnenfeld’s Sunny Field Productions are executive producing, with Sarah Perlman of Sunny Field Productions serving as co-producer.

Are you looking forward to a Dead Island film?