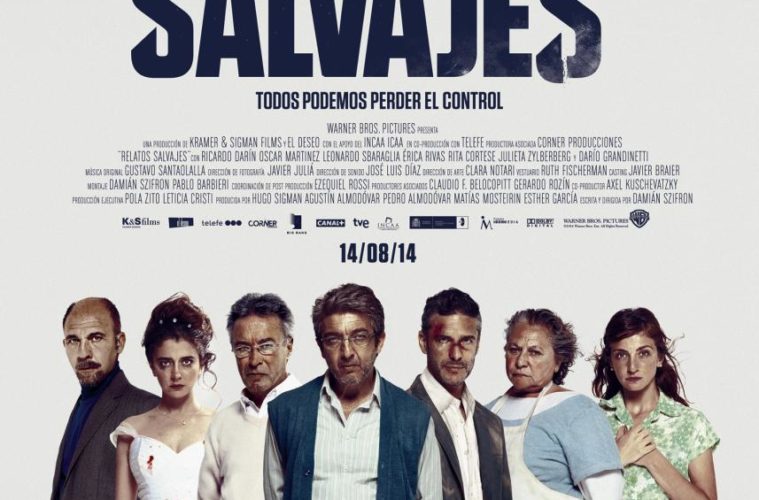 Zipping through its six unconnected stories, Wild Tales is a mix of Buñuel-ian absurdism and violent black comedy, subtly raising issues of sexual and national politics, bureaucracy and class while never losing focus of the surface-level entertainment that you’re there to see. Each story builds from a simple everyday event — a man helping a woman stow a suitcase on a plane, for example, or a man’s car being towed — to an unexpected and shocking ending. It’s worth avoiding plot information or trailers to keep retain surprise from first step to last, even though not knowing about these moments will make for a hard sell.

Writer-director Damián Szifrón and his cinematographer Javier Juliá have a kinetic and frenetic camera style which brings a wild and wacky energy to the proceedings, and, as in some of the best comedies, shots themselves become jokes — for example, an extreme low angle on someone would normally exaggerate their pqower and strength, but here he’s shot through a drain, literally putting him in the gutter. It’s overflowing with visual wit: there’s one of the best uses of freeze-frame on film; the opening titles run over pictures of animals, an indication that the stories will feature people at their most primal; and there’s a constant play between sweeping us up in the character’s moment and cutting back to a God’s-eye view to take in the whole spectacle.

There’s a slight but constant ironic detachment where we’re always a few steps ahead, but laughing at your characters, rather than with them, is not a problem when they only have to sustain what are, at most, 20-minute segments.

The editing is punchy, with only one segment marginally outstaying its welcome (not coincidentally it’s also the most dramatic), and the score by fellow Argentine and, now, Hollywood composer Gustavo Santaolalla is the perfect complement. In some ways it’s a throwback, yet also totally modern — his first solo album brought an eighties sound to Argentine rock for the first time –thus fitting with the updated but retro anthology structure. A quick, music-led montage of a luxury car driving through the countryside will make you as cool as the driver feels, a great set-up to immediately puncture that cool in the next shot.

The film’s politics are there if you want them, but subtextual enough if you want to ignore as much. The director describes Western capitalist society as a “transparent cage” in which all of these people live, unaware until they run into one of its walls. Where we would back down is where these characters don’t, and there’s a thrill in seeing violence, the great equalizer, enacted on the rich and corrupt. That many of the actors are Argentinean stars adds another angle. Although probably only Ricardo Darín and Darío Grandinetti will be recognizable to outside audiences from The Secret in Their Eyes and Talk to Her, respectively, the idea of mixing film, TV and theatre actors, with the implicit hierarchy of those mediums, plays right into the class issues of the film. This is one that deserves to be a break-out hit.