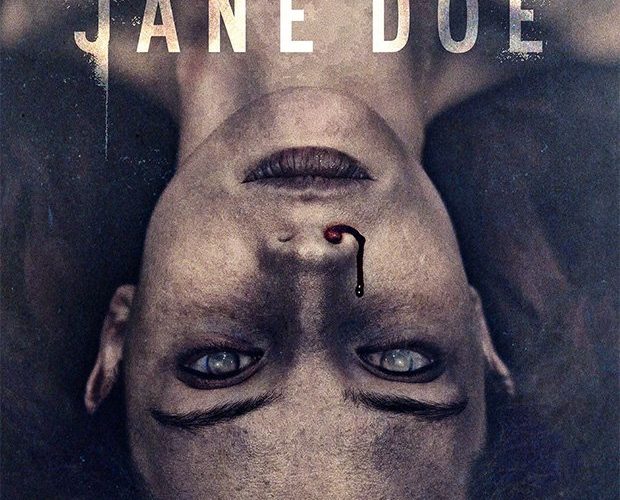 André Øvredal’s last feature, the monster mockumentary Trollhunter, was thrillingly irreverent — a cruelly funny movie that turned Norwegian mythology into a riotous adventure. That subversive streak heralds his English-language debut, a high-concept horror thriller set in a morgue where not all is as it seems. “Every body has a secret” says Brian Cox’s Austin as he digs into the mysterious new cadaver they’ve just been delivered.

That corpse is the Jane Doe of the title, a body found untouched at the scene of a gruesome triple homicide. The cops on hand say there’s no evidence of a break into their home, and, instead, the deceased – whose blood is splattered colorfully on the walls – looks as if they were “trying to break out.” With no leads, the local sheriff sends this Jane Doe to be investigated by the local mortuary to see if they can pick out any clues. The family-run Tilden Morgue is home to Austin and his son, Tommy (Emile Hirsch), whose state-of-the-art operating table is in the basement of a creaky old house in the Virginia countryside. As they begin to dissect the body, Øvredal embraces the kind of body-horror motifs found in John Carpenter’s The Thing and the films of David Cronenberg, not shying away from any of the gruesome insides of this body. (Plaudits to prosthetics designer Kristyan Mallett.) While the father-and-son duo play House in trying to dig up some clues to her demise, they discover burned lungs, impossibly located lesions and mysterious tattoos on the inside of her skin. Was it a human sacrifice, pagan ritual, or something even more terrifying?

The supernatural horror that ensues – without giving too much away – shows that Øvredal is clearly interested in myths and legends. Jane Doe is as much an American horror story as Trollhunter was about the age-old Norse tales.  He’s also interested in upturning expectations, deliciously turning motifs from ghost stories, zombie movies, and biblically inflected creepers into a postmodern mash-up. And while the director relies far too much on tiresome jump scares that so hamper contemporary horror movies, at least he tries to ramp up the tension with some claustrophobic sequences.

Øvredal also elicits two committed performances from Hirsch and, in particular, Cox, whose unfussy, no-nonsense schtick grounds the supernatural elements in a real-world place and time. Sure, his character is made up of convoluted tropes — dead wife, craggy, too-old-for-this-shit routine — but he’s always captivating. And particular praise should go to Irish actor Olwen Kelly, whose naked body is dug into and excavated like an archeological site as she lies dead still for the entire movie.

It’s nothing like the breath of fresh air that the breakout Trollhunter delivered, but Øvredal gives us B-movie thrills better than most of his peers, creating a campy, nasty, tremendously fun horror experience in which death proves not the ending we might expect.

The Autopsy of Jane Doe screened at the London Film Festival and opens on December 21.