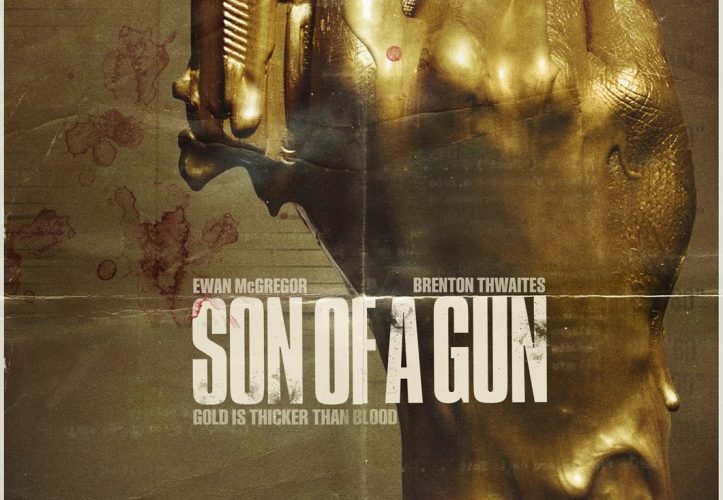 [LFF Review] Son of a Gun

Son of a Gun borrows every cliché from the crime movie playbook as JR (Brenton Thwaites), a 19-year-old orphan, finds protection in prison from armed robber Brendan (Ewan McGregor) only to be called on for a favor once Brendan is released. This is three movies in one: a prison film, a heist film and a gangster film, but we’ve seen all three before, and better. Even if moment to moment it feels new, every plot beat quickly becomes familiar. The kid falls for Tasha (Alicia Vikander) who is under the thumb of the crime boss Sam (Jacek Koman), Sam has a hotheaded nephew he insists go on the job with them, you can’t trust anyone even your father figure, and so on.

It’s the kind of film Danny Dyer would take part in, transposed to Australia with a slightly showier cast – namely Ewan McGregor. But McGregor is miscast, in part due to his unconvincing accent and lack of believability surrounding his aging, he never convinces as a hardened career criminal. In the rookie part, Thwaites is bland, and as his character’s dumb decisions pile up any part of us that cared about what happens to him dwindles. At least Dyer has enough charisma, enough swagger, to meet the bare minimum requirement of watchability. The script, by Julius Avery (who makes his feature directorial debut here) is overstuffed with suspenseful and dramatic moments but there’s no progression within or between them. Jed Kurzel‘s loud and overbearing score announces at every turn that something important is about to happen and there’s a chess metaphor stretched to breaking point (Sam explains “the pawn, a sacrificial lamb” to JR) that both fall flat. Instead of a gripping, well-told story, the film is an assortment of scenes found in any number of run-of-the-mill crime dramas. While a handful are injected with some fun, most come off pointless.

This kind of gangster plotting should warrant the lifestyle to look attractive for both the audience and the newcomer. As the protagonist is drawn further into the criminal underworld, so are we. However Son of a Gun‘s criminals don’t even know how to have fun; their parties are sparsely populated, when Tasha has sex with JR it’s in the ocean at night which looks cold and impractical, and everyone is making no secrets of their impending double-crosses. JR turned to a life of crime for this?

With lowered expectations Son of a Gun could be entertaining, but the presence of someone of McGregor’s caliber in such a generic film remains bizarre.

Son of a Gun screened at London Film Festival and will be released by A24. See the trailer here.