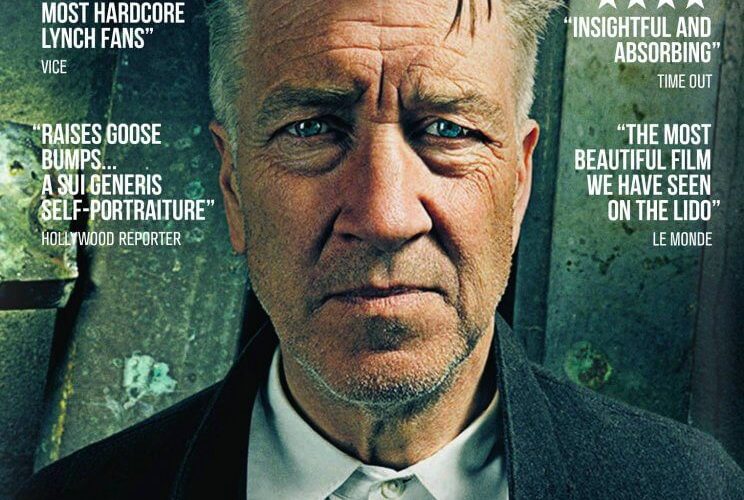 Before David Lynch was a filmmaker, he was a struggling painter, whose lifeblood was to “drink coffee, smoke cigarettes, and paint.” That’s what he dubbed “the art life,” and what an image – as featured in the many contemporary photos seen in this new documentary – it is, the bequiffed 20-something Lynch sitting back in his Philadelphia studio, composing transgressive abstract artwork. Bookmarked by footage of Lynch working on his latest paintings in his Hollywood Hills penthouse, the wonderful new documentary David Lynch: The Art Life showcases the artistic developments of one of America’s most singular directors. Lynch’s childhood was in not-so-different a setting of one of his trademark films. He moved around small-town America wherever the US Department of Agriculture sent his father, a research scientist, growing up in rural Montana, or Spokane, Idaho (near the setting of Twin Peaks), before moving to Virginia near DC. He says he didn’t venture more than a few blocks from his homes until high school. “It was a huge world. Everything was there.” And, even then, Lynch saw that the pristine grass verges of suburbia had a dark undercurrent. Early in the documentary, he talks of a strange sight of a bloodied unclothed woman out of his window: “Out of the darkness comes this strangest dream. I had never seen an adult woman naked before.” (Lynch aficionados will recognize the similarity to Isabella Rossellini in one of the final scenes of Blue Velvet.)

He fared poorly, academically, but his artistic skill caught the eyes of some tutors, and his variously idyllic teenage years gave way to a time of tumultuous artistic experimentation. He aborted his early studies at art school in Boston, venturing off to try studying in Europe — he went for 15 days of an intended 3-year trip — before finally finding his feet at the Pennsylvania Academy of Fine Arts. Throughout the film, credited to directors Jon Nguyen, Olivia Neergaard-Holm, and Rick Barnes, we see selections of Lynch’s paintings from this era, abstract portraits with frightening, sometimes obscene characters.

As narrated by Lynch, whose voice is as entrancing as Werner Herzog’s and as playful as Brian De Palma’s, we hear anecdotes that point to a picaresque story: an episode where he cooped himself in his room listening to radio for two weeks, or another when Lynch was so stoned he came to a complete stop on a motorway without realizing. And, most of all, a memory of his father barking that he should never have kids after he stumbles on Lynch’s collection of dead animals for a latest art project. But kids he has, and the film links the birth of his first daughter, Jennifer (a director in her own right), when he was achieving early success as an artist, and the birth of his latest in 2012. The way the film focuses on these intriguing snippets that left a mark on the director is its greatest strength. There’s much to interest the Lynch fan here, but it also might be an unparalleled assessment of the artistic learning of a great American filmmaker.

David Lynch: The Art Life played at the London Film Festival and opens on March 31.