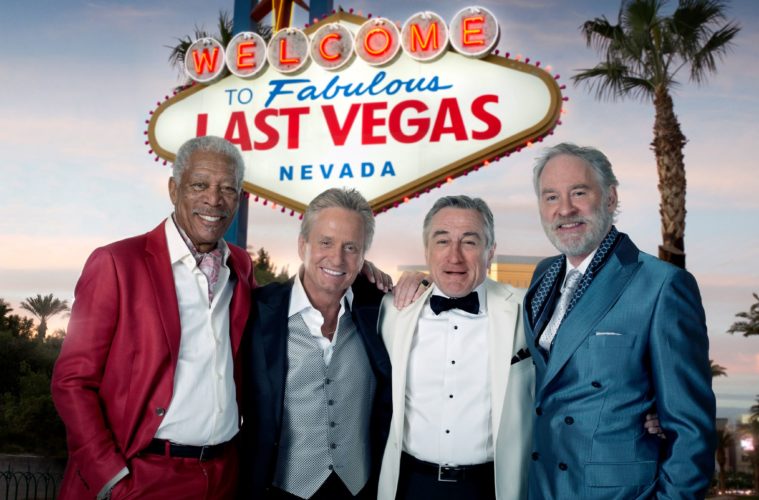 Combining the successful Hangover franchise and last year’s The Best Exotic Marigold Hotel, CBS Films are hoping that their new comedy Last Vegas strikes an ideal chord with both demographics. Pairing Michael Douglas, Robert De Niro, Morgan Freeman and Kevin Kline as four friends who head to Sin City for a bachelor party, we can’t fault these actors for simply wanting to have fun for a few weeks during the shoot, but it doesn’t strike us as a wholly enjoyable experience on the viewer’s behalf. Check it out below for the film directed by National Treasure‘s Jon Turteltaub and let us know what you think in the comments.