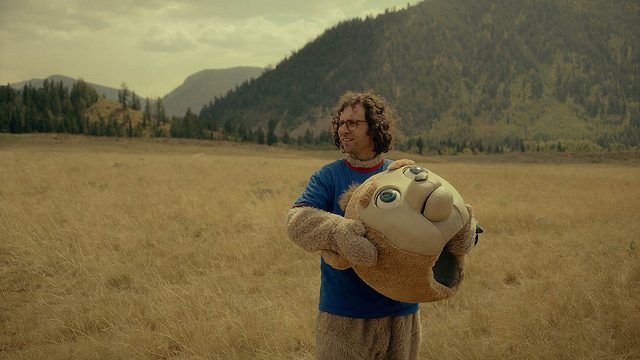 One of the very few films from Sundance Film Festival that also came to Cannes this year was Brigsby Bear, a starring vehicle for Saturday Night Live’s Kyle Mooney. Following his character who was abducted as a kid and raised on one specific TV show — created solely for him — he then enters the real world as an adult. Ahead of a release next month, the first trailer has now landed, which provides a compelling tease with no dialogue.

“While watching Room, if one wished there was more laughs to go with the trauma, Brigsby Bear is the film you’ve been looking for,” I said in my review. “Dave McCary’s directorial debut is a film of imagination, adventure, and discovery, but also one too hesitant to challenge in its tone, traveling down a tiresome path of tropes. Nonetheless The Lonely Island-produced film proves to be a worthy comedic showcase for Saturday Night Live’s Kyle Mooney at his most socially awkward.”

Brigsby Bear Adventures is a children’s TV show produced for an audience of one: James (Kyle Mooney). When the show abruptly ends, James’s life changes forever, he sets out to finish the story himself and must learn to cope with the realities of a new world that he knows nothing about.