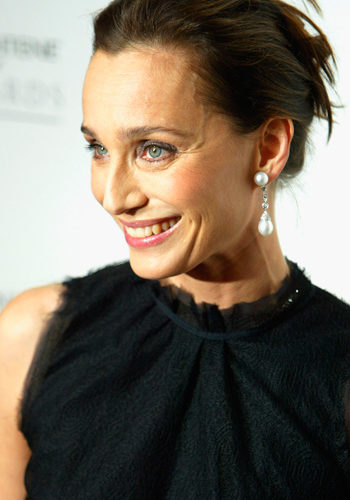 After joining the project just last week, Michelle Williams has already found a female companion for her WWII-set romantic drama Suite Francaise. The film, which Saul Dibb (The Duchess) has written and will direct for producers David Parfitt and Mark Cooper (My Week with Marilyn), is based on a novel by Irene Nemirovsky.

Screen Daily now chimes in, letting us know that Kristin Scott Thomas is looking to board the project. Williams will be starring as Lucille Angellier, a “spirited” French woman who finds herself romantically attracted to a German officer working in her occupied nation and, more specifically, taking up space in her home. Although married, Lucille’s relationship with her husband has never been truly dynamic; she’s only left with a “domineering mother-in-law” (to be played by Thomas) and the piano for comfort. The major role left is a major one, that of Bruno, the German officer.

Being one of the most reliable actresses Hollywood has to offer, Scott Thomas is a great addition to the cast. While I’m personally waiting on news when her next role, in Nicolas Winding Refn‘s Only God Forgives, will be seen, this project leaves her in familiar territory after the Nazi drama Sarah’s Key became a hit last year.

Are you looking forward to this drama?