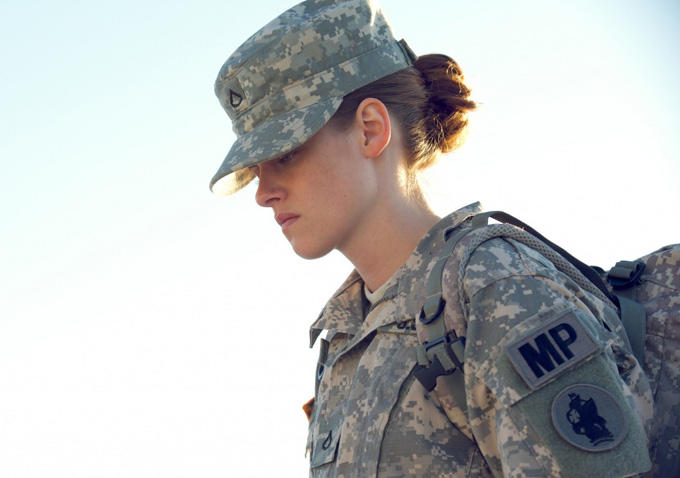 Before an admirable performance in Olivier Assayas‘ Clouds of Sils Maria, which premiered at Cannes, Kristen Stewart stopped by Sundance Film Festival with another drama, and one we finally have the first trailer for today. Set in Guantanamo Bay, Camp X-Ray is essentially a long conversation between Private Amy Cole (Kristen Stewart) and a GITMO detainee named Ali (Peyman Moaadi, star of the stellar A Separation).

We said in our Sundance review, “There’s a noble attempt in Camp X-Ray, written and directed by Peter Sattler, to make a war movie that’s about individuals rather than ideals.” We added, that “Stewart does good work as Cole, building a character whose tough exterior is still forming. This is a soldier who wants to be tough but not for no reason. Her natural intuitiveness clashes against the mindset of those institutionalized within GITMO, as represented by Lane Garrison’s Randy. These two play well off each other, representing two sides of a moral issue while working as individuals all there own.” Check out the trailer and new stills below for the film landing in October.

A young woman joins the military to be part of something bigger than herself and her small town roots. But she ends up as a new guard at Guantanamo Bay instead, where her mission is far from black and white. Surrounded by hostile jihadists and aggressive squadmates, she strikes up an unusual friendship with one of the detainees. A story of two people, on opposite sides of a war, struggling to find their way through the ethical quagmire of Guantanamo Bay. And in the process, they form an unlikely bond that changes them both.