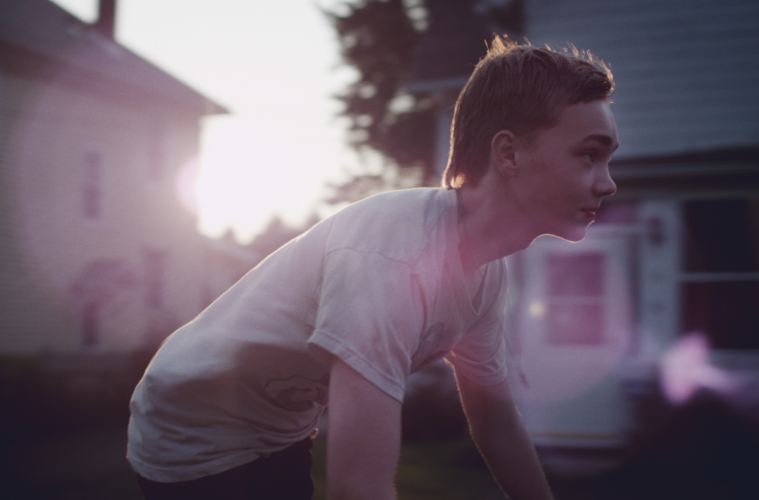 An impressive feature film debut from filmmaker Felix Thompson, the understated King Jack follows a day in the life of Jack aka “Scad” (Charlie Plummer), a summer school attendee embroiled an economically impoverished war amongst families that started years ago. Filled with dark, unexpected turns, the aestheticized yet rough and tumble Hudson Valley drama proudly displays its scars without venturing into the extremes of Larry Clark.

Following the film’s debut at the 2015 Tribeca Film Festival, we spoke with director Felix Thompson. Check out the conversation below for the film now in limited release and available on VOD.

The film seems quite different from your personal biography. How did King Jack come about?

It’s like what Lorde said, “we live in cities you’ll never see on screen.”

How did you develop the screenplay? What was that first spark?

I had been taking notes on sketches of ideas and characters in this world for a few weeks, maybe a month or so – filling up these journals with it and I just went away to this house in the middle of nowhere and wrote for two weeks. I just gave myself a task of six pages a day and we’ll see where things are at the end of 14 days. That draft ended up close to where the film is – I felt that those characters were telling me where they wanted to go. It was a wonderful creative process. It didn’t feel like dictating; it felt like creating. Then once we had the screenplay I bought it to our producer, Gabrielle Nadig. I had other screenplays, but nothing I felt like I wanted to make my first feature and I brought it to Gabby, she read it in two hours and said, “Yes – this one.” She applied to the Sundance producing labs and they accepted her and that was awesome because the Sundance labs took her and this project under her wing and they shepherded us through pre-production. I don’t think we would have been able to make this film in that way without them.

I like that the film doesn’t feel like a lab film. Too many of them feel like the rough edges are sanded down for narrative economy. I like that it’s still raw and it works. How did you cast the film?

They’re phenomenal. We had an amazing casting director, Avy Kaufman, came on board — which blew me away she wanted to do the film. She was our reach pick and she said yes — it was fantastic.

She’s got great experience finding young talent and we saw Charlie [Plummer]’s tape and we just knew. You just knew within 10 seconds – he hadn’t even finished the sides – he was so fascinating to watch and engaging. We were gonna build the whole film around him – we spent all this time looking for Jack. Then when we found Danny [Flaherty]. He was great because we were looking for someone physically imposing character for that antagonist with that mean kind of snarl about him – and Danny came in with this sort of lean kind of shuffle and snarl about him, this mean scrawny guy who was terrifying. He brought something that just brought me back and I knew that character was him. Corey [Nichols] came in and he and Charlie got along so well and Corey was just like, “You’re Ben, you are Ben.” And Christian [Madsen], we wanted someone with that kind of masculine presence and he was that.

Any challenges working with kids? They give really solid, beautiful performances throughout the film.

Yes, thank you. They say never to work with kids, but I think if you cast them right they are the most wonderful actors to work with. They have a sense of play, they’re so grounded, ready to do anything, and they surprise you. I say kids but Danny’s been doing it for a while and he had a crazy spontaneous energy about him that was unpredictable.

Did you have a long prep time to rehearse?

No. I think the most important decision you make as a director is who you cast, and we knew we weren’t going to get a lot of time to rehearse, so I got everyone who was local in town together and we had a meet and greet and we played games. So it was about getting everyone comfortable with each other and instilling a sense of what I expected from them as the young cast – that was instilling in them a sense of honesty, being grounded and having a good bullshit detector. Not being afraid of saying if a scene didn’t feel right to speak up and say, “That didn’t feel right that time.”

Your cinematographer Brandon Roots, you’ve worked with him closely on other projects. Did how you work change at a feature scale?

Gabriella, Brandon and I have known each other now for about ten years so we have a complete shorthand in how we work together which is really wonderful. We say very little but so much is said – it made the set a wonderful experience. Taking on this film felt like a logical extension from the shorts. We had been honing these shorts and honing this voice over the course of three short films previously and getting to do this feature was the culmination of that.

Any unique challenges to shooting in the Hudson Valley? The town has kind of a rustbelt vibe – how did you challenge yourself to see that experience through the lens of childhood?

We did a lot of location scouting, we went over all over upstate New York – Syracuse, Binghamton. We ended up in Kingston, but we also went to Pennsylvania and for me it was about finding a town in the area that I felt connected to. I felt connected to a lot of those towns: they have a beauty to them, even in the more derelict parts of town there was a beauty to there. I think once we found Kingston and we found the streets that really spoke to us, we just knew it was the best place to be. There’s a freight train that rolls through town and you just feel it’s like a part of America you never get to see that often.

The music, too, effectively conveys both the beauty and the terror.

Yeah, the music does so much to help the film and that was Brian Senti and Meghan Currier, who I don’t think I have any right to be working with. Meghan did Boyhood and Brian composed for Experimenter.

That’s interesting because this film is a lot darker than Boyhood, where as danger always loomed in the background there. In this picture it’s up front, especially the paintball scene – this film really went there. Was there any concern about that?

I think funny enough, I remember any early draft of the script, the paintball scene didn’t exist yet – there was something else. And my dad read it and he said, “Ah – that didn’t seem so bad” and that was an inspiration to say, “That needs to be a moment where you’re really worried,” but we had written these things and it was a little crazy to write a script with some violence in it concerning young kids. But we had a really awesome stunt coordinator Drew Leary. So the funny thing is one of Corey’s first days I think was paintballs,  fire tracker, getting knocked around and his mom is rightfully so concerned because as an acting parent, you never know who you’re giving your kids to. And Drew made that so safe and so wonderful. That was the day Corey was most afraid of and he came out of it saying, “Bring it on, what’s next – let’s do it.” There was stopping him.

The sense of family here is so strong with Jack’s family. Was there anything special to prepare for that?

Christian only had a day to meet Charlie, so we did brotherly activities like go-carting, batting cages, and things I thought a good older brother would do with a younger brother. Then now that they had that experience, I said we’re going to take this another way because that’s not what this relationship is, because they needed to have that bond. Erin [Davie] was so open and so giving. She connected with Charlie right away and it was all in the casting. We just knew it was going to work.

King Jack is now in limited release and available on VOD.