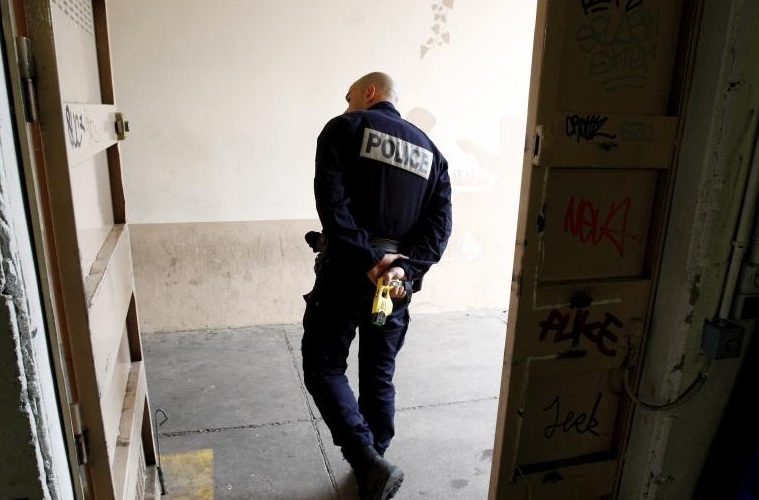 ‘Killing Them Safely’ Trailer Sets Its Sights on the Taser Epidemic Nick Berardini couldn’t center on a more prescient subject for his debut documentary, Killing Them Safely. The subject of police brutality has become a boiling pot over the last few years with the innumerable incidents of police brutality, but along with polarizing conversations about the necessity of body cameras and structural changes to the way police interact with the public, there’s an attendant conversation about what tools police officers should be using, or even need. Berardini’s documentary addresses that conversation directly by focusing on the ethical blurriness of the use of tasers.

Berardini’s film finds a gateway into the issue through the death of Stanley Harlan, a 23-year-old Missouri young man who was hit with a taser for 31 consecutive seconds in front of his home after getting out of his car to protest being stopped for speeding by a police officer. Berardini said the movie began as a survey of the effects of Harlan’s death on the community, but it evolved into an expose about TASER International, the Arizona-based corporate giant, who is the sole manufacturer of tasers.

Harlan’s death isn’t isolated. According to findings from Amnesty International, over 540 deaths from tasers have been documented across the country from 2001 to 2013. And the country is starting to take a much harder look at our own assumptions about the perceived increased safety of tasers as opposed to other incapacitation methods.

Only last month alone, two in-depth reports outlined the potential issues of the use of tasers in the hands of police officers and Border Patrol officers as non-lethal tools.The LA Times published a robust investigative report about the evolution of tasers as a weapon of excessive force, responding to a spate of deaths and severe injuries of individuals killed and severely harmed by the effects of tasers by members of the Border Patrol. Ironically, the story reported that the Border Patrol initially turned to tasers in an effort to curb the number of lethal incidents from firearms. Within the scope of the border patrol incidents alone, 86 people were injured in taser incidents since 2010.

A reporter from Vice, meanwhile, investigated an ongoing request to the city council from the Berkley, California police department to use tasers, a change that would bring them in line with over 12,000 police departments across the country. A study commissioned by the city council on the effectiveness of tasers revealed that while earlier research had shown use of tasers by police officers on healthy adults did not present a high risk of death or serious injury,” the Stanford Criminal Justice Center took issue with the assumption that those who were hit with tasers would be “healthy, non-stressed, non-intoxicated” individuals.

But while these reports have been strong arguments for stricter regulations, Killing Them Safely, looks to be equally interested in why these tools should be implemented. We strongly recommended Berardini’s doc at Tribeca under its original title, Tom Swift and His Electric Rife. Praising the level-headed approach of the documentary, our review said, “Tom Swift and His Electric Rifle is, above all, an example of excellent, ethical, fair, and balanced journalism allowing both sides to state their case.“ Hundreds of deaths. Zero oversight. In the early 2000s, brothers Tom and Rick Smith revolutionized policing by marketing the Taser to law enforcement agencies. This supposedly safe alternative to handguns was supposed to curb the use of deadly force—so why have over 500 people died from Taser-related injuries since? At a time when questions about police methods are at the forefront of the national dialogue, Killing Them Safely brings together startling archival footage and eye-opening interviews with experts on both sides of the debate to shed much-needed light on an urgent issue.

Killing Them Safely will be available in theaters and on VOD on November 27.