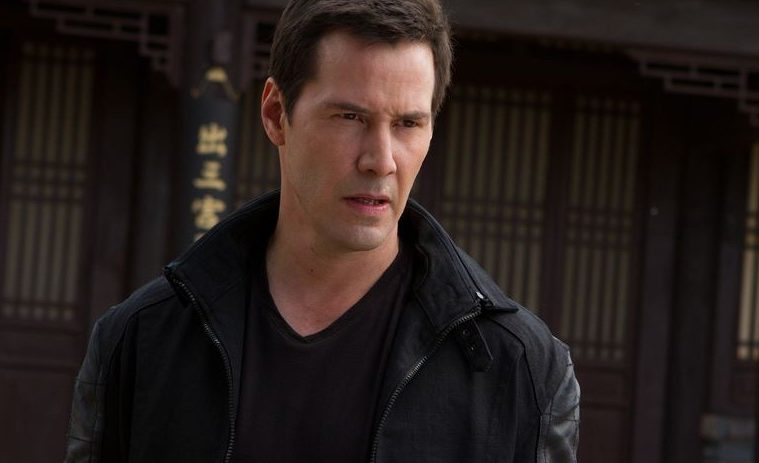 When Keanu Reeves‘ directorial feature debut, Man of Tai Chi, was announced to be at Fantastic Fest I jumped at the chance to sit down with the helmer and his co-star Tiger Chen. The film enjoys Reeves’ embracing his goofy side, but it’s also a showcase for Chen’s immense talent for action. Among the topics we discussed were the film’s language barriers for a first-time director, what kind of physical training Chen underwent to transform with the film, whether Keanu would be on this path now were it not for The Matrix, what reference points they went for during pre-production, and much more. Enjoy the chat below and look for Man of Tai Chi (review) in theaters this weekend in limited release and on VOD.

The Film Stage: With having your premiere last night and attending the debates, how has your experience at Fantastic Fest been?

Keanu Reeves: Fantastic Fest is very famous. Tim League and everyone that works for the festival over the years has curated the festival in a very unique way and the word on the street is that it’s film-friendly. People want to see the films. There’s an appreciation for the films and you come in here and you get that. Then, of course, you get the debates and you get the pugilism, which is part of the flavor of it. It’s part of the experience and we were fortunate enough to enjoy that.

Can you talk about working with Yuen Woo-ping on choreographing this film?

Keanu: Well, working on the script, once we had the draft, Tiger and I talked about who could do it. And how long did you [Tiger] work with him before?

Tiger Chen: Twelve years, a little over twelve years. So we had nobody else to go with. [laughs]

Keanu: So, yeah, we sent him the script. He liked the script and was really looking forward to working with Tiger and so we just began the collaboration. The one thing about him is that he’s very story-oriented, telling the story in his fights and you can see that in his choreography. And it’s one thing we were trying to, not just make the scenes action sequences, but dramatic scenes for Tiger’s character as he’s going darker and changing. We had a lot of fights in the movie, so it was about what styles he would fight. We wanted Tai Chi to be absorbing different styles and seeing Tiger’s fighting style change. He came up with and put it together, then we would review it with the team and develop the style of the movie. With this being your first directorial effort, how did you decide on using different languages? How much of it do you speak?

Keanu: Yeah, the film is in English, Mandarin and Cantonese. We filmed in Beijing and Hong Kong and, yeah, on paper it sounds kind of crazy. Like, this is your first time directing, so let’s go to China and direct people in a foreign tongue. But for me that was more of an opportunity and really just communicating, we had translators and I had Tiger to help; we collaborated on the script for over five years, so he knew it and was able to be a kind of missionary [both laugh] to go out and speak to the actors and come back. Then we’d come to a place with the script. But for me it was just an extraordinary opportunity and really I find all over the world that making movies is making movies and just getting to know the person, whoever the actors were or if it was technically, personality, what did they want to bring and what did I just collaborate. It just took more time, but it wasn’t an impediment.

When it comes to your physical preparation, it almost seems like your character gets bigger, muscular wise. Can you talk about the change?

Keanu: Yeah, the last scene when he fights the character, that death fight, he is transformed. He was this innocent delivery guy and now he’s ripped and so the internal has affected his external.

Can you talk about your collaboration? What are you each bringing to the film and did you have any reference points?

Keanu: Well, I think it starts at The Matrix. At The Matrix trilogy, I met Tiger there, he was part of Yuen Woo-ping’s action team. So that’s where we met and worked together. Tiger was helping me train and learning kung fu and the wire, and all of that. So we decided to try and work together over the years. So for me it was really Woo-ping’s work with The Matrix and, obviously, a love for Kung Fu movies and martial arts films. And then when we were filming, I had put together, with the cinematographer, a big library of martial arts films. I would say, “Alright Tiger, what else should I look at?” and so we would watch Kung Fu sequences and talk about what they looked like, what the style was and what we were going to do.

Tiger: What Keanu brings to the movie is that he wanted to do an old, traditional Hong Kong Kung Fu movie. He didn’t want to repeat, but he wanted to create one that had never been done before. That’s what we want. Do you think you would ever have gone down this path if it wasn’t for The Matrix?

Keanu: No, I think without that experience this ship would have sailed in another direction, absolutely.

Coming together, making this film, does it give you confidence to make future films and collaborate together again? Where do you see that relationship going?

Keanu: I hope to. I would love to direct again. Obviously, I wanted to direct, but I had to have a story to tell and Man of Tai Chi became that story. So now I’m looking for another story to tell and in that search is definitely wanting to work with Tiger again.

Tiger: For me, I’d like to do comedy action.

You have a little bit of that in this film.

Tiger: Next time it will be stronger. [both laugh]

Man of Tai Chi is now on VOD and in limited release.