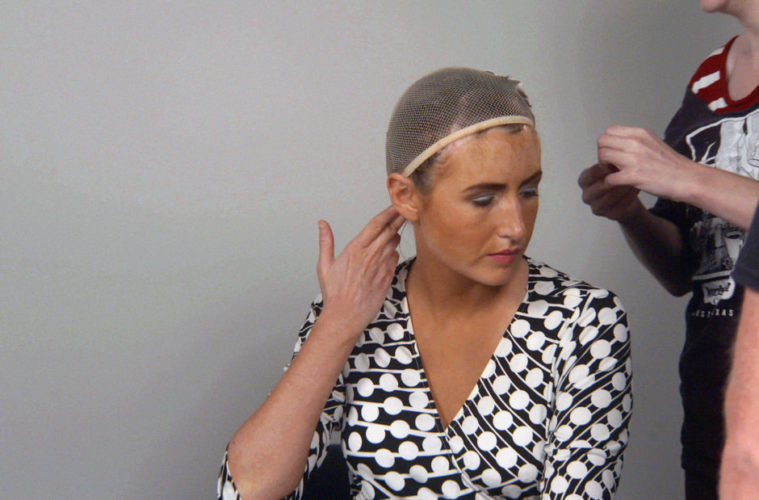 In 1974, Florida news anchor Christine Chubbuck became the first in her profession to commit on-air suicide, and its shocking effect has, for decades, been compounded by the suppression of the single tape containing her act. That and everything surrounding it became an object of fascination for filmmaker Robert Greene (Actress), who documented Kate Lyn Sheil (Listen Up Philip, Starz’s The Girlfriend Experience) as she prepared to play Chubbuck in an essentially non-existent film-within-a-film, a project surrounded (one might say “consumed”) by a very real documentation of performer’s anxiety and discomfort with a world in which she’s perpetually out-of-place.

“Very real,” or so I assume. Even after a second viewing of Kate Plays Christine, I don’t have a much better grasp on what in this “documentary” is spontaneous and what’s prepared, but I do know it’s one of this year’s great films. And being that I find myself thinking about its shape-shifting tactics and numerous pieces — the boundaries between one cinematic form and another obviously stands out, as well as an ever-present, ever-incisive consideration of gender politics — rather often, I’m glad Grasshopper Film will begin a theatrical roll-out at summer’s end. This is a film to be immersed in and stay with for days, and Kate Plays Christine‘s trailer sells much of its appeal without compromising its many surprises.

See the preview below (via Vulture): Kate Plays Christine will open at the IFC Center at August 24 and expand from there.